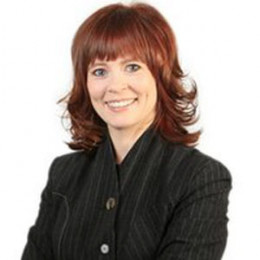 Joanne Malin is a British Radio and television presenter. She was trained to be dancer and her first professional show was Jack and Beanstalk with Russ Abbot at the Birmingham Hippodrome, performing as Little Miss Muffet on the chorus. Malin switched her career at the age of 25 by taking a National Council for the Training of Broadcasting Journalism course where she graduated with a distinction and won prize for Best Documentary. She started working for local radian then switched form radio to television despite having no experience. During her time in television as news reader she presented coverage of the death of Princess Diana, Princess of Wales. She has won awards such as Best Screen Personality award,Harold Wincott Award and Best Female Personality in different years.

Joanne Malin was born on 22 March 1967 in the Moseley area of Birmingham.

Initially, she was interested to be a dancer. She received training at the Italia Conti Academy in London. Also, she worked at local theatres.

She played the role of Little Miss Muffet at Birmingham Hippodrome in Jack and the Beanstalk; her first professional show. She was in a professional tour with 42nd Street.

She was also in a nine-month contract dancing on the QE2.

She soon as she switched her career, she joined National Council for the Training of Broadcasting Journalists course at Portsmouth. She completed graduation with a distinction and received a prize for Best Documentary.

She joined in the news departments in the local radio stations before working on breakfast news bulletins for Virgin Radio.

Without prior experience, she gained the opportunity to work on TV. Staring from L!IVE TV in London as a newsreader and a stand-in presenter, she's best known to cover the death of Princess Diana in 1997. 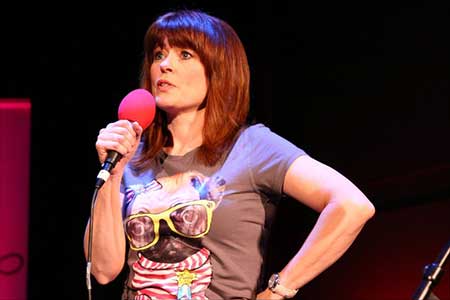 She revealed her decision to leave ITV Central on 10 October 2008. During an interview on BBC WM, she announced that she'd soon join the BBC network with a two years contract.

In February 2009, she joined BBC WM and contributed Midlands Today and the Inside Out. In 2010, many BBC WM fans defamed Malin and called her 'the most useless radio presenter on air'.

It was announced that she would leave the station in September 2012, still, she worked in the BBC Midlands Today output.

She was awarded the Royal TV Society Midlands Centre's Best On Screen Personality award in October 2006 for her contribution on Central Tonight.

She won the same award in 2003 and also grabbed the Harold Wincott Award for a number of business reports on Central News at Six.

TV personalities like Joanne Malin have an attractive career but details about their net worth, salary, and personal life is kept secret.

She has not revealed details about her assets including house and cars.

But it is now a known fact that she is a married woman. She repeatedly talks about her husband and her married life via  Twitter.

My husband is determined to buy a locally built car supporting local jobs & then his welcome letter arrives...@Jaguar #strange in U.K. pic.twitter.com/YzG1DlAwTG

Here's another post of her husband and her father:

There is no information about her children as well as her divorce.