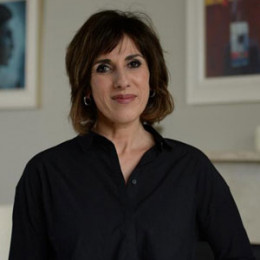 Shereen Nanjinani is a Scottish radio presenter who works for BBC Radio Scotland. She is also a radio show host and a chief news anchor at the STV Central where she presents the news program, Scotland Today. She is the first Scots Asian as well as the longest service presenter at STV. Currently, she is single and presents the show, Shereen, which is a live topical news and current affairs program broadcasted on BBC Radio Scotland.

Nanjiani was born on 4th October 1961, Elderslie, to a Pakistani father and English mother. Her father was an eye surgeon whereas her mother was a teacher. She holds Scottish nationality and belongs to mixed ethnicity. She is a cousin of Kumail Ninjiani, one of the Pakistani-American comedian actor.

She studied Neilson Institute, Paisley and attended Glasgow University graduating with an MA degree in philosophy.

After that, she started working at Hospital Radio Paisley, in the 1970s. There she worked a short period and used to read some local news cuttings.

Shereen began her career as a trainee journalist for STV in 1983 and presented her first bulletin in 1987 as the presenter of the show, Sheena McDonald was ill.

Everyone in the company was impressed by her brilliant performance and was offered different shows to host, among which, she hosted the religious affairs series, Eikon and Secret Scotland during late nineties.

Then she hosted several editions of the Scottish Political of the Year Awards on STV. It was announced that she along with her colleagues Jane Lewis and Sarah Heaney were hired as voluntary redundancy from STV on 16th February 2006.

After working for a year for STV, she left the show on 5th May 2006. Also, she announced in an interview with the Scottish press that she was looking forward to making her involvement in other exciting projects.

She then joined BBC on 20th June 2006 as a radio presenter and made her debut on 11th August 2006 as a part of BBC Radio Scotland’s news and current affairs programs. She also began her radio career at BBC Scotland at the helm of the launchtime program, Scotland Live which she presents every Friday.

Currently, she is a presenter of Shereen which broadcasts all the current affairs, aired on BBC Radio Scotland every Sunday at 9 am. Later, the show was shifted to 10 am Saturday morning.

Furthermore, she has made her appearance in an episode of police spoof comedy television series, Scot Squad, aired on BBC One Scotland.

Taking about Shereen’s personal life, she was in love relationship with Mark Smith, a former journalist since 2000. She has been hiding her love relationship for many years. Mark was previously a married man and has two children. He divorced in 1995.

Nanjiani shared a house with her boyfriend in the city of Glasgow. Well, they seemed happy with each other, but for some unknown reason, the couple broke up in 2009.

Shereen spent most of her life as a radio presenter and has received a huge popularity in the related field. Looking at her lavish lifestyle, she certainly has a net worth more than six figures.