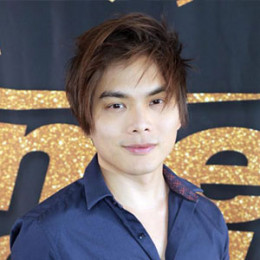 Canadian-American magician Shin Lim came into the limelight after participating on America's Got Talent season 13 which he won eventually. He has been doing magic from an early age and performs his own magic tricks namely Sleeveless Silent Smoke (S.S.S), 52 Shades of Red, Shinsplint, The Vanishing, Flash Seck Switch, Gone Deck, The Dream Act and so on.

Shin Lim got happily engaged to his girlfriend, Australian dancer Casey Thomas. The talented couple got engaged on August 19, 2017, after Lim proposed to her in front of a mass audience of 2000 people during his magic show at the House of Magic in Macau.

They started dating in 2016 and used to go out together quite often in public places. The cute couple is residing together in Boston, Massachusetts.

Besides her, he isn't rumored to have been in a relationship with anyone. He is popular on Instagram where he has around 446.1k followers and on Twitter has 40.8k followers. His fiance Casey has 13.4k followers on Instagram.

And after dating for months, the couple finally exchanged vows on August of 2019. The wedding itself took place in Maui, so we can say it was a tropical-themed wedding.

Shin shared a picture of their wedding on his social media account and to say the least, the couple looked gorgeous. 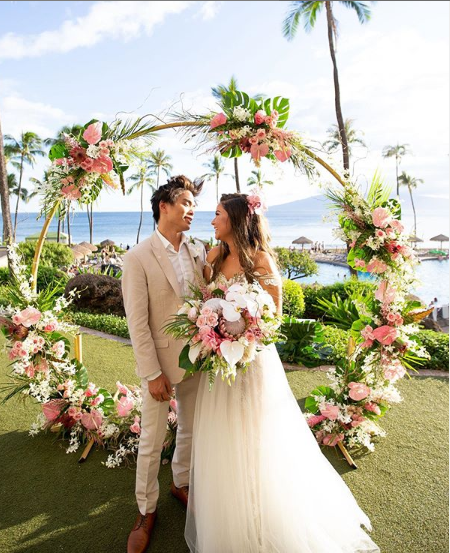 Shin Lim was born on September 25, 1991, under the birth sign Virgo in Vancouver, British Columbia, Canada. He is the second child of his parents and has two other siblings. Lim is of Han Chinese ethnicity and his parents were both born in Singapore.

His family moved back to Singapore when Lim turned 2 and when he was 11 they relocated to Acton, Massachusetts. As for his schooling, he attended Acton-Boxborough Regional High School. 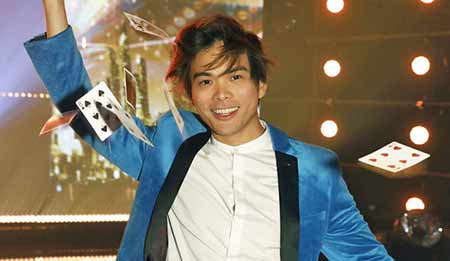 As a young child, he was drawn towards music and tried playing the violin which his grandmother gave to him. Well, for his own interest, he found it very frustrating and later smashed it. Later on, he switched to the piano and started learning the instrument.

To gain more knowledge in music he joined the School of Music at Lee University located in Tennessee. Along with music he was interested in magic too at an early age and learned to do some magic tricks from YouTube.

Growing up he was focusing on both music and magic but ended up opting for magic since he couldn't continue music school due to his illness. He was diagnosed with carpal tunnel syndrome and had to leave school since his school wanted his 20 hours a week attendance.

Shin Lim is professionally a magician who started making his own tricks at a young age after learning magic from the internet. Lim started developing his magic skill in an artistic and visual way & started putting it up on YouTube. He excels in close-up card magic and usually performs card tricks.

His magic routines include Sleeveless Silent Smoke (S.S.S) which tends to bring out smoke in the absence of any visible smoke while performing his tricks. 52 Shades of Red is another trick in which he changes the cards with a simple swipe of the hand.

The rest of his magic creations are Shinsplint, The Vanishing, Flash Seck Switch, Gone Deck, The Dream Act and many more.

Lim took part in the 2012 International Federation of Magic Societies World Championship and placed in the sixth position. Despite not winning, an agent spotted him and confronted him in 2013 to a tour across China.

Furthermore, in 2015, he participated in the same World Championship which he managed to win but didn't get any prize money.

Eventually, he went on to be a part of a touring Broadway-style magic show called The Illusionists who feature some talented illusionists and magicians. Lim appeared in the Television show, Penn & Teller: Fool Us in 2015 & 2017 and both times he was able to fool the magician judges.

In 2016, the two tendons on his left thumb were injured but luckily it recovered through therapy. Finally, in 2018, he decided to try for America's Got Talent season 13 and eventually won the trophy with prize money of $1 million on September 19, 2018.

Watch all of Shin Lim's performance in America's Got Talent!

Lim even got three headline slots for three shows in Las Vegas. He is set to perform his act at the Paris Theatre at Paris Las Vegas. However, the prize money is payable in a financial for 40 years and the magician has the option to receive $25k annually for 40 years.

Besides winning the show he also won several other awards like World Teen Close-Up Magic & Adult Card Magic I.B.M in 2010 & 2011 respectively. Furthermore, in 2018 he was honored with Merlin Award for Best Close-Up Magician category.

On the occasion of this year's Christmas, he is visiting Las Vegas and performing a show there.

The mesmerizing magician Shin Lim is one of the amazing magicians we have. His net worth is not estimated as of yet but he earns a huge amount of income from his tours and magic shows. The average salary of a magician in the United States is $206,572 annually.

Moreover, he won the Americas' Got Talent and took home $1 million from the competition. He is also entitled to $25k per year from his magic act in the Paris Theatre at Paris Las Vegas.

Shin Lim stands a height of 5'10 feet and weighs around 75 kg. He has brown hair and a fair complexion.

Here is a video of Shin Lim making his feature in the Jimmy Fallon show.