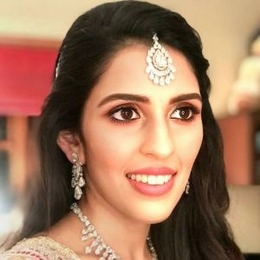 Shloka Mehta Ambani is a director of Rosy Blue Foundation ranked as one of the top diamond companies of India, the company is originally inherited by her family. More significantly, she rose to fame after tying the knot with Akash Ambani, the eldest son of India's richest person Mukesh Ambani.

Rosy Blue Director Shloka Mehta shared the wedding vows with India's richest man's son, Akash Ambani, 29, on March 9, 2019, in Jio World Center, Bandra-Kurla Complex, Mumbai. The two were friends since their childhood days attending Mumbai's Dhirubhai Ambani School. Believe it or not, Shloka made the best trio with Akash's sister Isha Ambani and her own elder sister Diya Mehta since their childhood as they all were studying in the same school. 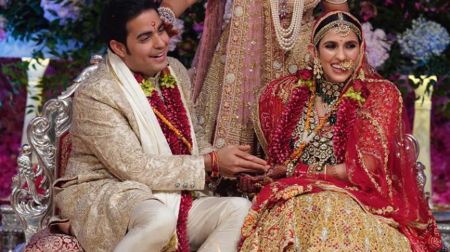 Later, she completed her schooling from the same school in 2009. It has been reported that Akash proposed her in 12th grade, and she accepted his proposal. Then, the lovely couple shared their relationship with their parents. Ambani's and Mehta's families both belong to the highly reputed Gujarati families. Although the pair were the wealthiest kids in India, they didn't spoil their studies and completed their higher education abroad. 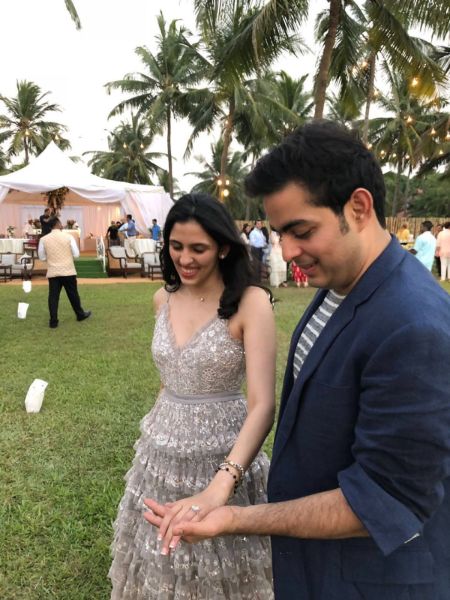 After dating for nine years, the lovebirds got engaged on March 24, 2018, at a five-star resort in Goa. Likewise, the two got married one year later in Mumbai following the high-class rituals.

At the time of their wedding Celebration at the Jio World Complex in Mumbai, many well-known celebrities and politicians arrived at the event. To tell you the truth, Bollywood actors such as Rajinikanth, Priyanka Chopra, Rekha, Akshay Kumar along with wife Twinkle Khanna, Juhi Chawla, The Bachchan family, and many more were present in the Mumbai Complex.

Apart from them, the former British Prime Minister Mr. Tony Blair and the CEO of Google, Sunder Pichai were also on the guest list. In the event, the superstars' Shah Rukh Khan and Ranbir Kapoor danced with the bridegroom.

Five months after the marriage of Shloka and Akash, Ambanis featured their daughter-in-law in a heartwarming video wishing her 29th Birthday on July 11, 2019. In the video, we can see Akash's parents Mukesh Ambani, Nita Ambani, sister and husband Isha Ambani and Anand Piramal, youngest brother Anant Ambani, mother of Nita Purnima Dalal, and relatives like Mamta Dalal and Radhika Merchant wishing her a birthday and welcoming her into the Ambani family plus mentioning it as her first birthday as 'Shloka Mehta Ambani.' Also, the whole Ambani family asked for a special gift from Shloka on her birthday. They wished to see a 'Baby Ambani' on her next birthday.

At last, Shloka's hubby Akash also romantically expressed that she is the one whom he loves the most.

How Much is Shloka Mehta Worth?

The 29 years old Shloka Mehta is the daughter in law of Ambanis, who is worth $53 billion as of May 2020. Not only is Akash's wife enjoying a luxurious life, but she also owns the most expensive stuff. As a matter of fact, she took everyone's attention after engaging with Mukesh Ambani's son. 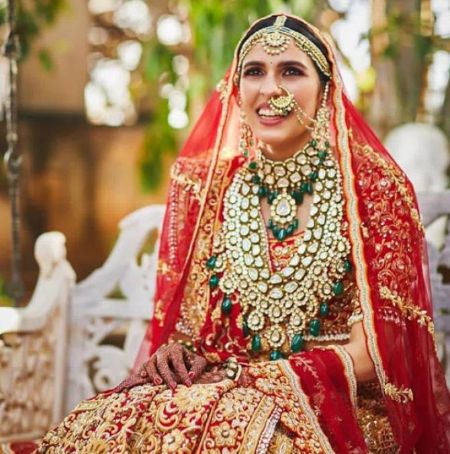 Most notably, her mother in law, Nita gifted her the most valuable diamond necklace priced at INR 300 crore (almost US$40 million). It has been stated that the diamond set's called 'L'Incomparable' cannot get copied and re-made. 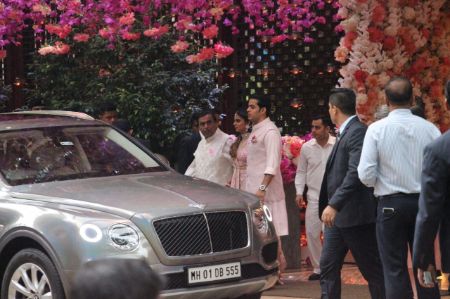 Furthermore, Nita Ambani's bahu has some unique cars that most of the people in the entire universe only can dream of. According to some reputed sources, she owns five personal cars that belong to the top brands like Mercedes, BMW, Audi, Bentley, etc. Moreover, it has been noted that she puts on shoes that cost $700 per pair. Also, Mehta carries bag embellished with gold hardware whose price has been quoted at around $9000. 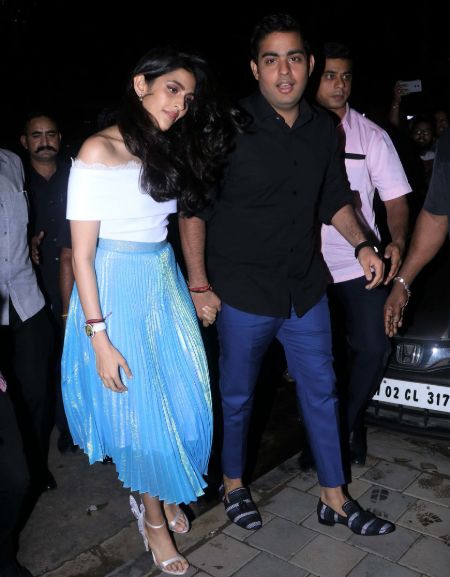 Even though Shloka is the eldest daughter in law of Ambanis, she is an independent woman. She is the director at her father's company, Rosy Blue Foundation. Besides, Mrs. Akash Ambani is the co-founder, along with Maniti Modi of ConnectFor, an organization that connects with NGOs needing help.

We have found that Shloka is a excellent student scoring over 95% in the school and colleges. First of all, Mehta studied at Dhirubhai Ambani International School in Mumbai. Later, she went to Princeton University in New Jersey, the USA. From there, she received a bachelor's degree in Anthropology. Likewise, she attended the London School of Economics and Political Science and completed her master's degree in Law.

The 5 feet 6 inches tall is the youngest daughter of Rosy Blue owners Russell Mehta (father) and Mona Mehta (mother). Her elder sister Diya Mehta is married to Ayush Jatia, son of the holder of McDonald's franchise in the west and south of India, Amit Jatia. And her elder brother Viraj Mehta has tied the knot with Nisha Sheth, the daughter of Bharath Sheth.

Stay in touch with marriedwiki for more interesting Articles, Wikis, and News as well.

Akash Mehta is the richest son in India, who came to the world by the owner of Reliance Group of Industry, Mukesh Ambani and wife Nita Ambani.