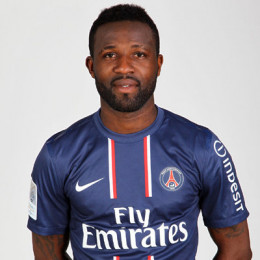 Siaka Tiéné is an Ivorian football player who currently plays Ivorian national football team and for Ligue 1 club Montpellier HSC as a left back as well as a midfielder. Through the club ASEC Abidjan which was his homeland club, he professionally started his career. He was one of the key members of the National squad to play in the 2006 African Cup of Nations tournament that was held in Egypt and reached to the finals.

With the interest in football, Tiene joined the youth academy of his home club ASEC Mimosas. The club is known for producing many players who currently play in the Cote d'Ivoire national team.

Tiene then joined the South African club Mamelodi Sundowns playing in the Premier Soccer League. He played a total of 46 games more the club netting 14 goals before moving to French club Saint-Etienne of Ligue 1 in 2005. He served for the club till October 2006. With lack of opportunity to play, he was loaned to Ligue 2 club Stade de Reims and returned to his parent club in 2007. For Reims he netted three goals appearing in 18 matches.

In June 2013, he transferred to Montpellier HSC. He played for two seasons, made 44 appearances scoring five goals and was released in July 2015. He retired after his release from the club.

Siaka Tiene's net worth is estimated to be around $2million. He makes the salary of  840,000 EUR. While he played his highest market value was $4.14 million.

Siaka Tiene is private when it comes to his personal life. He prefers to keep his dating life and relationship to himself. So, with the limited information, he has shared about his love life, he might be possibly single.