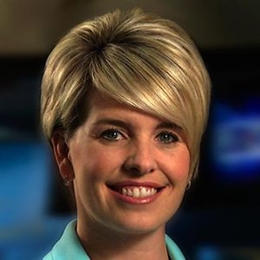 News reporter Sloan Heffernan is known for her contribution to WRAL news media. She also got further recognition after winning the Emmy award for the coverage of the nursing home tragedy in Carthage, North Carolina.

The Two times Emmy Award-winning reporter Sloane Heffernan is a blissfully married woman. Sloane exchanged the wedding vows with her boyfriend turned husband, Mark Hefferman, in the presence of family and guests.

Moreover, Sloane first met Mark during her high school years. And, as they fell in love, they didn't wait for much to turn their little affair into a nuptial. 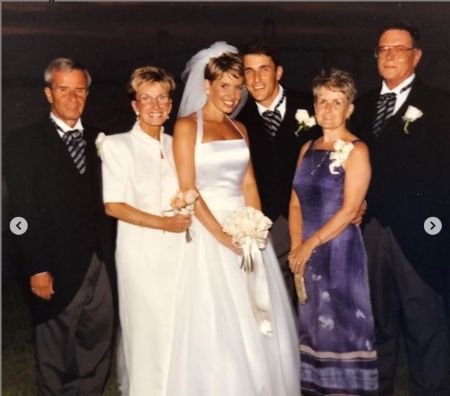 Sloane Heffernan during her wedding with her husband Mark Heffernan. SOURCE: Pinterest

Further, the wedding ceremony took place at a church on July 3, 1999. During the ceremony, the bride looked stunning like a Disney princess in a white sleeveless gown, while the groom showcased his black wedding suit. The romantic couple also shares two sons Reed Heffernan & Cole Heffernan, and a beautiful daughter named Quinn Heffernan.

Moreover, Sloane likes to share photographs of cooking, her boys playing tennis, and watching sports on her Instagram page. Not to mention, Sloane is doing very well with maintaining a balance with her career and family. 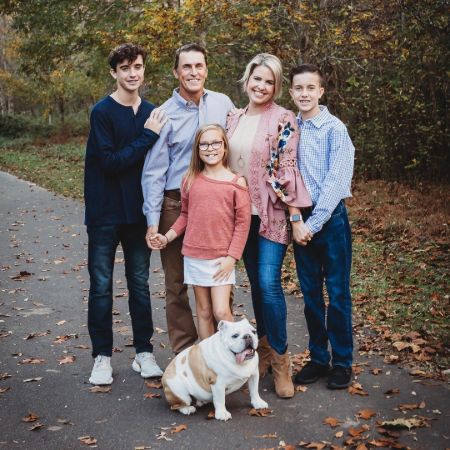 In addition, they also have a cute little pet, a bulldog named Rosie. The family takes care of and loves Rosie as their own child. Moreover, Sloane also got her own self-titled youtube channel, where Heffernan uploads a family vlog featuring her daughter, mother, father, and Rosie.

Despite living together for many years, there have never been any rumors of Sloane's split or divorce. The bonding has indeed become more strong with time.

Journalist Sloane Heffernan began her journalism journey as an anchor for WALB-TV based in Albany and worked there from 1997 until 2001. Later, WBBH-TV hired her in 2001 and served there for five years in a similar position.

Watch the reporting of Sloane Heffernan for WRAL media.

Sloane was also associated with another news network aka CBS affiliated WRAL-TV. There, she served as an assignment reporter and covered news reports regarding courts & crimes in North Carolina. Not to mention, Heffernan also took a live interview with Hillary Clinton.

Surprisingly, on her Instagram and Facebook post on June 4, Mrs. Heffernan confirmed her exit from WRAL on June 15, 2021, after 15 years of service. Sloane stated how the covid-19 pandemic compelled her to take the bold decision and chose a new path. Heffernan also thanked all those supporting hands who assisted her in tough times in the company. 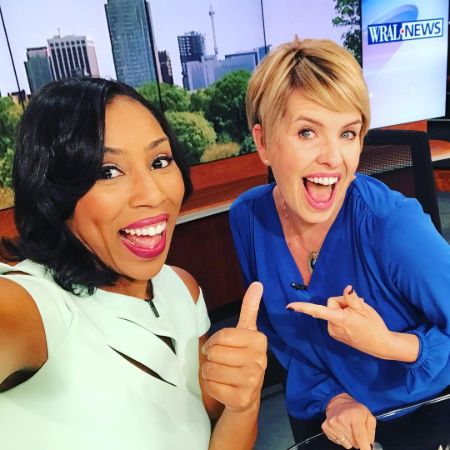 Likewise, when asked about a memorable event in WRAL, her answer was the coverage of the interview of a veteran who was stuck with a hurricane in Florida and said it was memorable and inspiring. To add more to the story, the veteran was also fighting cancer and went missing for 10 months. Later the guy was found living in a torn-up house with his wife. Soon, the guy was assisted and moved to a temporary settlement.

Currently, Sloane works full-time as a storyteller at her own market business and summits, Business Owners. As an anchor, Sloane collected $88000 annually. Talking about her net worth and considering her dedication to news media since 2001, Sloane has already accumulated $1 million. With such whopping wealth, the family of five relishes a happy life without any financial issues.

Sloane Heffernan exchanged the wedding vows with her boyfriend turned husband, Mark Hefferman, in the presence of family and guests. The wedding ceremony took place in the church on July 3, 1999.