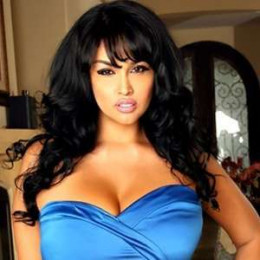 Somaya Reece, an American hip hop artist, television personality, and actress, is currently dating Dirty Swift (Kevin Risto) since 2011. She began her career as a musician at the age of 9; she was inspired by the late Celia Cruz to play the violin earning her honors as the lead in her public school choir. Somaya dropped out of school at the age of eleven but was eventually accepted into the University of California. Then she attended UCLA, where she took theater classes. She was discovered by a talent Agent while she was working at the local hotel as a housecleaning maid.

Somaya Reece appeared with Jim Jones on the reality series “Love & Hip Hop” which is aired on VH1. As an actress, Somaya has appeared in small roles in "American Psycho" and "The Scorpion King". Somaya Reece dated Twilight actor Kellan Lutz in the past, but the couple did not continue their relationship and they broke up their five months relationship in November 2009. Later she dated Joe Budden and Rapper XO. Currently, Somaya is dating Dirty Swift (Kevin Risto) since May 15, 2011.