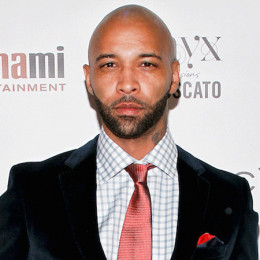 Joe Budden is a rapper, songwriter and television personality, best known as a member of the American hip hop super-group Slaughterhouse. His birth name is Joseph Anthony Budden II. He co-stars on the VH1 reality show Love & Hip Hop. He got widely acclaimed and reached height of success after releasing his hit single "Pump It Up" in 2003 and most recently he released another album Some Love Lost.

Joe Budden was born on 31 August 1980 in Harlem, NY to Fay Southerland. He spent his childhood days in Jersey City, New Jersey.

He began drug abuse at an early age and was not interested in schooling. After an emotional confrontation with his mother, he left home and went into rehab in July 1997.

He started freestyling during his high school days and appeared on many New York mixtapes with DJ Kayslay and DJ Clue.

He released his debut solo studio album named Joe Budden in 2003. His song "Pump It Up" was nominated in Grammy Award the same year.

He was also featured in the movie 2 Fast 2 Furious and the video games Def Jam Fight for NY, Def Jam Vendetta, and Madden NFL 2004. His second single from the album "N.B.A. (Never Broke Again) featured French Montana and Wiz Khalifa.

His third album titled 'Padded Room' released in February 2009 debuted at no. 42 on the Billboard 200.

He declared working in partnership with Sean Combs and his media company, Revolt in May 2018.

Budden has an estimated net worth of about $6 million at present. The main source of earning is his career as a hip-hop artist. He also made good bulks of the sum from concerts and tours.

Later, rumors about his relationship with Cyn Santana rose earlier in 2017.

We both had some figuring out to do.

The couple welcomed their daughter named Lexington Budden on 15 December 2017. The star was married in past and has a son named Trey Budden from the relationship. He was arrested by the New Jersey police for not paying child support.

Back in 2014, he was wanted by the New York Police Department for assaulting his girlfriend and stealing her cell phone.

He engaged to his girlfriend Cyn Santana on 19th December 2018. He proposed Santana during a liev podcast show in New York. The State of the Culture host first asked her if she was in the best relationship of her life.

He went down his knee and said as the crowd cheered,

"Cynthia Pacheco, Will you marry me?"

He is the only child of Budden, who was born safe and sound.