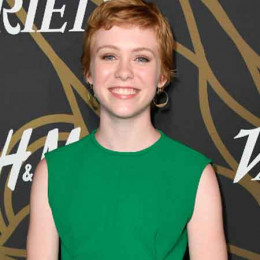 Sophia Lillis is an American actress who is popularly known for playing Beverly Marsh in the supernatural horror movie "IT" and also as a young Camille Preaker in the popular HBO miniseries "Sharp Objects." She debuted in the entertainment industry in 2013 and won the hearts of the millions within the short period of time.

Sophia Lillis was born to Juliana Mellevoid and on February 13, 2002, in Crown Heights, Brooklyn, New York City. She grew up in New York City with her twin brother Jake Lillis. Lillis belongs to the Polish, Irish and Swiss-German ancestry. Her mother married Christopher Mellevoid after splitting with Lillis' father. 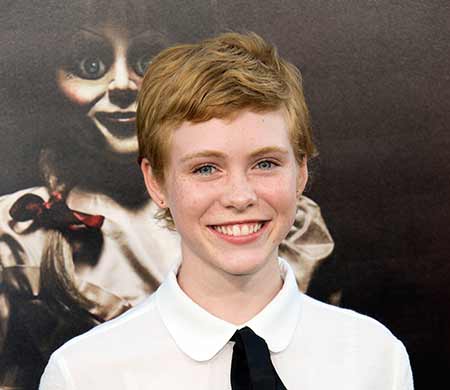 Lillis and family are staying together with their stepdad Christopher and their step-brother Philip Mellevoid. His stepdad was the person who introduced Lillis to the world of acting. She started acting at the age of 7. To train herself well she enrolled at the Lee Strasberg Theatre and Film Institute in Manhattan.

Lillis is professionally an actress who debuted in the entertainment industry in 2013 in the movie A Midsummer Night's Dream. Her first ever acting role was in an NYU student film. She signed a deal with an agent and started looking out for good roles. Later on, she was cast in the movie named 37 where she portrayed the character, Debbie Bernstein.

In 2017, she appeared in the American supernatural horror movie called IT. Lillis portrayed the character Beverly Marsh in the highly acclaimed movie which gave her nomination for few prestigious awards. She was nominated for MTV Movie Award for the Best Scared-As-Shit Performance and Saturn Award for Best Performance by a Younger Actor. The cast includes Jaeden Lieberher, Bill Skarsgard, Finn Wolfhard, Nicholas Hamilton and Jack Dylan.

Sophia Lillis as Beverly Marsh in the movie, IT.
Source: Teen Idols 4 You

The same year she appeared in two music videos namely Nothing to Find of The War on Drugs and in Santa's Coming for Us of Artist Sia. In 2018 she was cast in the HBO's Television series Sharp Objects where she played the role of Young Camille Preaker. The adult Camille Preaker was formerly played by popular actress Amy Adams.

Lillis' real net worth is not estimated but some sources claim her net worth to be $1 million. She has been cast in some super hit movies like IT which was a huge box office hit. It collected around $700.4 million and had a budget of $35 million.

For IT she gained a salary of $65k and for its sequel IT: Chapter Two she received $150k.

Sophia Lillis is not in any romantic relationships as she is in her mid-teens. She is focused on her career and is getting lots of good opportunities. Lillis is quite popular on Instagram and flaunts around 1.4 million followers as of July 2018.

Her favorite actor is Bill Murray and she has watched every single movie of his whether it's old Italish or some weird movies. Lillis is very fond of Andy Muschietti who is her director-she finds him inspirational and very funny.

She has red hair and freckles which proves to be her trademark. Lillis has a dog named Gracie whom she loves very much. She loves swimming, roller-skating, fencing and playing the piano.