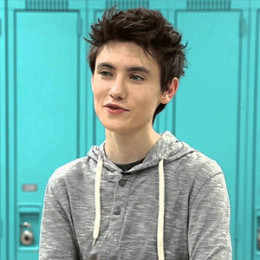 Canadian actor, Spencer MacPherson is best known for the role of Hunter Hollingsworth on the long-running TV series ‘Degrassi: The Next Generation’. He attended Cawthra Park Secondary School in Mississauga. 'Degrassi: The Next Generation' is a story about the lives of the kids at 'Degrassi Community School' dealing with the serious and sometimes taboo issues that plague teenagers.

Spencer MacPherson's popular movie entitled 'Degrassi: Don't Look Back' is a story about Zoe and Tristan who goes into summer school. His recent movie named 'Sorry for Your Loss'  was released in 2017; the movie was written and directed by Julia Rowland. Spencer has two older sisters named Meagan MacPherson and Rebecca MacPherson. He has kept his personal life secret.

Spencer MacPherson was born on June 12, 1997, in Canada. His birth sign is Gemini. He has two older sisters, Meagan MacPherson, and Rebecca MacPherson. He attended the Cawthra Park Secondary School in Mississauga and graduated in 2015.

Soon after completing his education he enrolled in acting, he debuted in the screen in 2014 in the Canadian youth series Degrassi: The Next Generation as Hunter Hollingsworth.

He also played the supporting role of Charles of France in the The-CW television series Reign.

Spencer MacPherson earned a good sum of the amount from his acting career. As per some online sources, he earned $70k-$80k per episode from his appearances in TV series.

Spencer MacPherson is possibly single at the moment, he is quite confidential when it comes about her personal life especially about his dating life.

He is quite popular on Instagram where he has more than 157.4k+ followers.