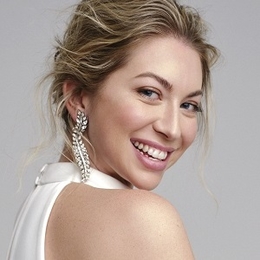 There’s nothing Stassi Schroeder is bad at when it comes to drama. Writing is in her blood, her interest in drama piqued since her school years and acting has always been a talent for the exceptional personality. And as with everything, she’s obviously bound with controversies on TV. That’s the life of a reality star. Starting her way up from ‘The Amazing Race’ and RHOBH, she’s now a permanent feature of Bravo Tv’s ‘Vanderpump Rules’.

There’s no way a reality star’s personal life remains a secret, despite trying desperately hard to hide their off-screen romances. It is actually the basis of a good Reality TV. For now, the 'Vanderpump Rules' star, Stassi Schroeder, is engaged to boyfriend of two years, Beau Clark.

Beau is an all-round decent guy, as Schroeder’s fans consider him. After those failed and devastating relationships, the Bravo world is particularly happy with her choice to settle down with.

Stassi Schroeder and Beau Clark first met when her best friends, Katie Maloney-Schwartz and Kristen Doute, introduced her to Beau in August 2017. Kristen and Beau were co-stars on the 2010 indie film, 'The Loneliness of the Long Distance Dreamer,' and even shared an online kiss, but neither of them remembered it at the time. 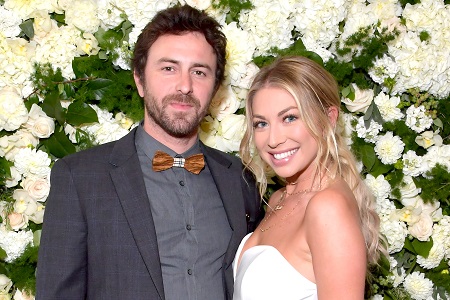 Beau revealed on a February 2018 episode of Stassi’s podcast, 'Straight Up with Stassi,' that he actually didn’t like what he saw when he scrolled her Instagram page after Kristen told him about her. But it’s crystal clear that was not the end of the road.

Kristen wouldn’t give up. She invited the two of them to her house to watch the Connor McGregor vs. Floyd Mayweather fight. The two then met at the viewing party, but it took another meeting a week later at the Mondrian Hotel bar in Hollywood for them to really connect.

Fast forward to January 20, 2018, (exact date confirmed by Stassi’s Anniversary post in 2019) Beau confessed that he loved her, but he only uttered the words, “I like you,” because he thought it was too soon, he revealed in a December 2018 episode of “Watch What Happens Live with Andy Cohen.” On Valentine’s Day 2018, they made their love Instagram official with Stassi’s story. 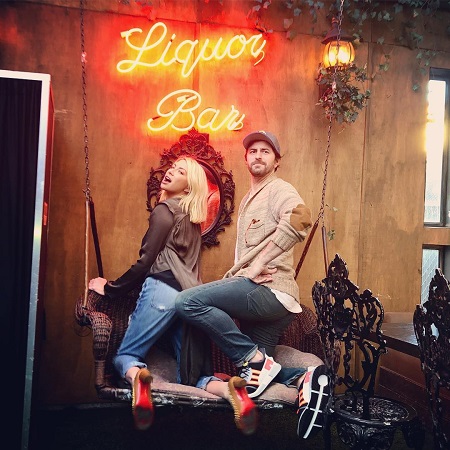 Stassi wanted someone to photoshop them riding a dragon.
SOURCE: Stassia Schroeder, Instagram

The casting agent boyfriend made his 'Vanderpump Rules' debut at the start of its seventh season in late 2018, despite his initial uninterest. The relationship was just at its beginning when the filming for those episodes began in June 2018.

Stassi was so happy that she assured marriage was in the cards for the two and even asked if the 'Vanderpump Rules' cameras would capture their engagement that was bound to happen before it actually did.

Then on July 31, 2019, Stassi announced her engagement to her boyfriend on Instagram, stating, “I feel like Meghan Markle.” Her massive engagement ring was also featured on the post. Reportedly, Beau proposed her in a cemetery, one of her darkest fantasies fulfilled. Yeah, she likes scary and Halloween-y things. 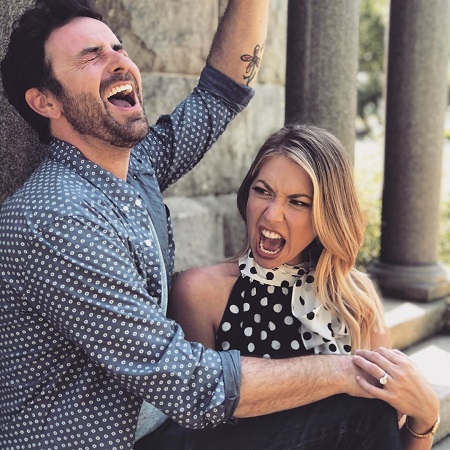 The two also celebrated their engagement with the entire 'Vanderpump Rules' crew on November 2, and it’s still going as strong as ever.

For Stassi, the relationship history begins with a bad boy in Jax Taylor. The two got together during the first season of the show in 2013. Jealousy was a big factor in the two breaking up; Scheana Marie had come into the show.

After breaking up with Taylor, Stassi dated Frank Herlihy who was like a rebound for her. But there was too much drama around Stassi for the two to remain together. Some might say the relationship imploded. But she admitted she really liked him; the camera was just a bad place for Herlihy. 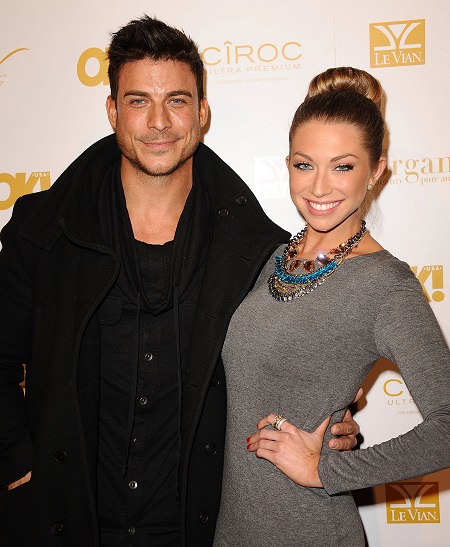 It's what defined a toxic relationship for Stassi.
SOURCE: FilmMagic

Then in Season 2, Taylor came around. He declared his love for her again, but it wouldn’t last much longer. During a guys’ out trip to Las Vegas, knowingly or unknowingly, he got together with a lady friend. After a heated confrontation, Stassi walked away from him.

Frank too came around. But after it was settled the relationship was going nowhere, Stassi started dating Sirius SM radio host, Patrick Meager. They met on Twitter, and she even flew to New York to live with him. She didn’t tell anyone about it. After it fizzled out, she went back to LA in tears. They did try long-distance and even patched up later, but it just didn't work.

Still, Stassi seems to have found her true love and it’s only a matter of time the wedding bells ring. Everyone can’t wait to see them say their vows and get married. They've targeted October 2020, but with the recent outbreak of coronavirus, the plans to get hitched in Italy could change.

Stassi Schroeder was born Nastassia Bianca Schroeder in New Orleans, Louisiana, on June 24, 1988, to father Mark Schroeder, who was an architect, and mother, Dayna Schroeder, a jewelry designer for Georgi Jules Jewelry. The parents also gave birth to her younger brothers, Hunter and Nikolai, and a younger sister, Georgianna. Her father also remarried a woman named Char after separating from Dayna. Her grandmother Rosemary passed away at the age of 95 in May of 2019. 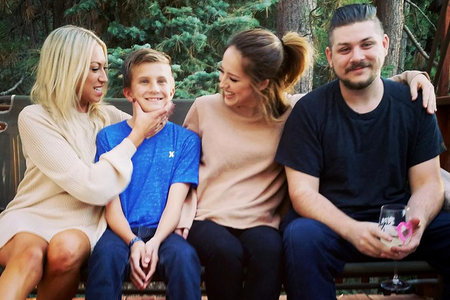 The whole family kind of started off with 'The Amazing Race.
SOURCE: Stassi Schroeder, Instagram

The 31-year-old completed her BA in English Writing from Loyola Marymount University in 2010. But she’s been acting since she was 11. She started by taking theater classes at her local high school, Mount Carmel Academy. She continued that into her high school years and became the president of the drama club during the senior year. She was also voted “Most Talented” by her class of 2006.

Stassi Schroeder’s 2020 Net Worth Is Truly Paid Off from Her TV Appearances, But Modeling & Book-Writing Also Helped

As of March 2020, Stassi Schroeder is worth $2 million. And the years of working in Reality TV and other sectors of cameras – Movies and Modeling. By the time she completed high school, Schroeder was already in Reality TV with ‘The Amazing Race with Phil Keoghan’ in 2005. Mark, Hunter and Char also participated in the show that she finished seventh on. 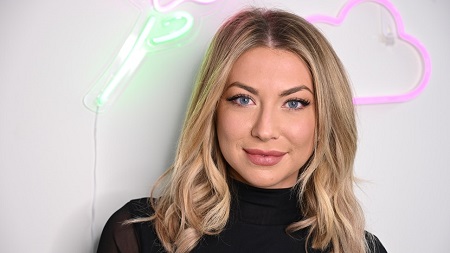 While it was a start for her, a hurricane, The Katrina, destroyed the Schroeders’ house after the filming ended. They had to live in another family’s house from the show when their house was being rebuilt.

The entry into the 'Vanderpump Rules' Universe came for her after initially working at Lisa Vanderpump's restaurants SUR & Villa Blanca in 2010. She’d already appeared in 'Queen Bees' in 2008.

As one of the first cast members of the show, she now earns around $25,000 per episode, Hollywood Reporter reported. So that’s like $525,000 per season. But there’s still debate about whether she earns that amount as it is not entirely sure if she’s a core member or not. Still, she’s the go-to woman for fans from the show, next to Lisa herself.

In addition, she’s also appeared on Bravo TV’s 'The Real Housewives of Beverly Hills' for seven episodes as a guest and even got her own reality show, 'Basically Stassi,' in 2019. She’s also featured in 'Sharknado 4: The 4th Awakens' in 2016 as well as in a 2019 'Ex-Housewife' episode.

The engaged beauty also has been a model for a long time. She's a fashion-fanatic after all. While she's featured in magazines like Italian Vanity Fair, 944, GQ magazine, Teeki bikinis and Us Weekly, she's been on the cover of Millenium, Cliché and Pacific. She's also a minor fashion designer. 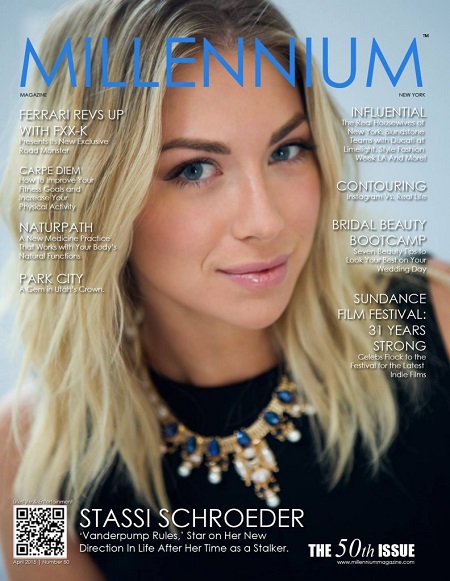 Reality shows sure open a lot of ways for the stars.
SOURCE: Millennium

In December 2014, Schroeder released a capsule collection after she was requested by accessories retailer Shop Prima Donna. In July 2019, she collaborated with JustFab to release a clothing line with two parts, 'Next Level Basics' and '#OOTN (Outfit of the Night)'.

Getting in the fashion line means an obvious entry into beauty for Schroeder as she also endorses several beauty and wellness products on her social media handles while modeling. The partnerships include Taco Bell, Botox Cosmetic prescription medicine, Bondi Sands tanning foam and bioClarity skin products bring in quite a lot. With 1.9 million followers and over 1600 posts on her Instagram account, Stassi Schroeder, she earns an average of somewhere between $4,000 to $6,600 per post from sponsorships and endorsements.

The House She and Beau Live In

Two engagement parties were not enough for the couple absolutely in love. Stassi and her fiancé, Beau, have been living it up, especially after buying a freakishly extravagant house in January 2020. The pair purchased a luxury Hollywood Hills home in mid-January for an astounding $1.7 million. It's a complete Spanish/Mediterranean-style property, something a newly-wed couple would ask for. 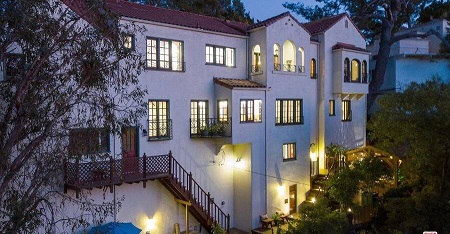 Stassi wanted an old-style house, and she got it.
SOURCE: The MLS

However, they are not living in the house the same way that it was purchased, with marble fireplace, grand arched ceiling and huge windows. Stassi recently revealed she'd be renovating it with some major changes. In addition, she also just said how her hometown of New Orleans is really influencing her choices in the redesign. There are some really intriguing things to look forward to.

Can you believe how much this girl's spread her wings? Quite farther than one would imagine. But it's not that surprising, considering she's been naturally good at everything. Plus, she writes about fashion and beauty, something that's she's obsessed with.

The multi-talented personality worked as a style critic for 'The Divine Addiction', now titled 'Dose of Divine', the website of Vanderpump's daughter, Pandora. She was really witty at that, that is until the site's tenure ended. She's also writing a bridal column for Glamour Magazine since January 2020. 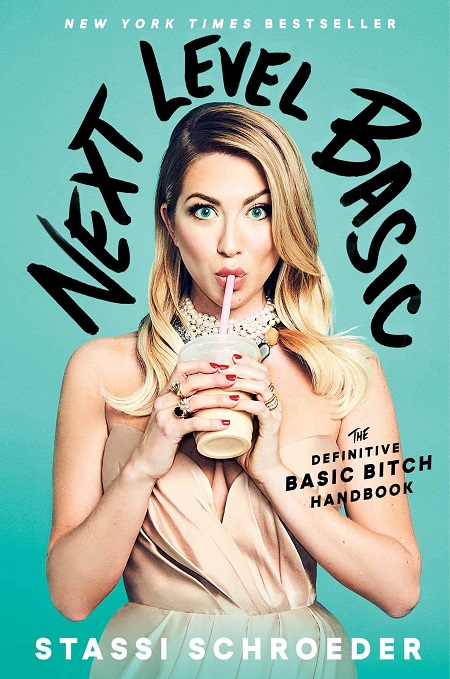 Finally, she's also written a book titled, 'Next Level Basic: The Definitive Basic Bitch Handbook'. It was released on April 16, 2019, by Gallery Books. In line with her talent, it was named third on the New York Times Best Seller list.

Stay tuned and connected to MarriedWiki for more Biography and Additional Content.