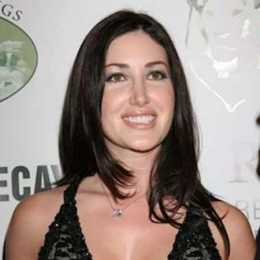 Stefani Schaefer is a famous American attorney, television representer, journalist, and host best known for appearing in the Morning show of the Fox8 News channel. She also worked in the sixth season of the reality show named 'The Apprentice'.

She became Ohio's Junior Miss/ Ohio's Young Women of the year in 1989 and also won the Ohio Governor's Choice Award in 1989. Stefani was on the covers of Cleveland Magazines' Millennium, Celebrity Working Mothers and Celebrity Homes.

Stefani Schaefer is married to Roger. The pair is together for over two decades and shares a diamond-strong bond. Despite facing many ups and downs in their relationship, they are still together and is facing every obstacle mutually.

The couple dated for two years and decided to share the wedding vows back in 1998. The wedding ceremony was held in private as the pair tied the knot among their close friends and family.

The duo is a proud parent of their two children; a daughter named Siena and a son named Race. Not to mention, Stefani's daughter has seemingly developed an interest in becoming a singer and model.

Speaking of which, Siena who goes by sienabella_ on Instagram has already worked with top brands like Adidas and ASOS, and flaunts more than 200K followers on the photo-sharing platform. And, as a singer, Siena has already performed live in front of hundreds of people.

7 years ago today our lives changed in an instant. They will never - ever - be the same. Every single day we mourn this beautiful husband and father ... even though he is still alive. As his mother says to us all the time ... “sadly this is not OUR Roger. This “letting go” but trying desperately to “hold on” is like a Tug of War EVERY SINGLE DAY. It is heartbreaking and devastating.... and tears us apart EVERY day... but especially on April 27. We always pray to Rogers soul up in Heaven .... we know it’s been there these last 7 years. Siena, Race and myself can not Thank ALL OF YOU enough for your prayers, kindness, support and love. We are still very much Day to Day... And nothing better than OK. But .... that’s been our “new normal” for 7 years and I’m OK with just being Ok. Thank God our last words to each other that morning were how much we loved each other. I’ve been holding on to that EVERY SINGLE DAY for 7 long years.

Everything for the duo was going well before the unfortunate thing happened to the family after they spent four months of their Christmas vacation in Kauai Hawaii. Stefani's husband fell 12 feet from the scaffolding while fitting on solar panels at a constructions site. Furthermore, this incident made Roger suffer from a serious brain injury, the condition aphasia which is a condition where one is unable to recognize people, names, and places.

Roger is currently being treated at Metro Health in a Pennsylvania facility, specializing in traumatic brain injuries. The good news is that he can now walk and stand but his brain is yet to function properly. Take a look at the Facebook post of Stefani where she explains the present condition of her husband,

Stefani always keeps her phone on and answers it right away to make sure everything is ok as the call can be from the hospital with the news of her husband. But realizing the reality of her husband she finally decided to resign the guardianship of her husband. She said,

"This is what family members, doctors, and lawyers are telling me I need to do to protect Roger's ongoing care and to do what's best for my children. I have to protect my children financially and psychologically, and I need to make it a happier focus for them at home. I love Roger and always will."

Later, she also stated about getting out of a relationship with her husband but it is yet to be confirmed what is she going to do. Besides, she is moving on with all sorrows and pains in her heart and is more focused on her children's future.

What is the Net Worth of Stefani Schaefer? Know about her Earnings, Salary, Career

In the year 2006 Stefani was selected as a Los Angeles Lawyer Young Rising Star for excellence in law. She worked as a trial attorney for California defense firm Stockwell, Harris, Widom, Woolverton & Muehl.

Later, she was hired as the sixth season of the television show named The Apprentice. What's more, she became the second woman to be hired by Trump and she oversaw the Trump at Cap Cana project in Santo Domingo on a 1-year contract which had a starting salary of $250,000. Following that, she also worked as the Vice President of sales and marketing for Trump International Hotel and Tower in Las Vegas.

As of now, Schaefer is currently working as an anchor for the Fox8News in The Morning alongside with Wayne Dawson and Kristi Capel. Besides, her first work in the channel was in 1992. Moreover, she also hosted a national network show that was broadcast out of Universal Studios in Orlando, Florida. Since 2012, she was named as Cleveland's Favorite News Anchor and Favorite News team who helped her channel to become the number one ranking channel.

Stefani Schaefer is married to Roger. The pair is together for over two decades and shares a diamond-strong bond.

Stefani and Roger are a proud parent of their two children and one of them is a son named Race 18 years old.

Stefani and Roger are a proud parent of their two children and one of them is a daughter named Siena 16 years old.