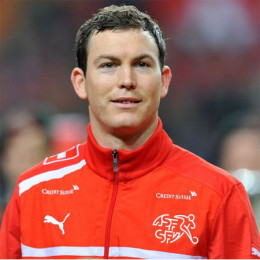 Stephan Lichtsteiner is a professional football player who plays as an attacking right-back for the Switzerland International team and Italian club called Juventus. Known for his energetic runs down and stamina, he earned nicknames such as Forrest Gump and The Swiss Express for his significant performances in the game. Started his youth career in 1991 with his hometown club FC Adligenswil, he made his professional debut with Grasshopper Zurich winning a league title.

Lichtsteiner was born on January 16, 1984, in Adligenswil, Switzerland. Holding a Swiss nationality, he is of Caucasian ethnicity.

Lichtsteiner started his career in 1991. He played for the clubs such as FC Adligenswil and Luzern. He left his home during his teenage days and made his team debut playing for Grasshopper Zurich in the old Swiss Football League in 2001. He established himself as a regular player helping the team to win the league title.

Lichtsteiner has played for several professional clubs such as Lille, Lazio, and Juventus. Looking at his good performances at UEFA Euro 2008, he was the interest of several clubs including Paris Saint-Germain and Everton.

Lichtsteiner signed a four-year contract with S.S. Lazio for an undisclosed amount that is believed to be in the range of $1.7 million. He was placed as a replacement for fellow Swiss player, Valon Behrami.

In addition, Lichtsteiner has played in the 1999 U16 and the 2004 U21 European Championship games as well. He currently plays as Defence-Right-Back for Juventus FC. His transfer was confirmed on July 1, 2011. He has contracted with Juventus until June 30, 2018. He extended his contract on February 2, 2017.

Lichtsteiner, 33, is a married man and has two children. He owns a house in Turin, Italy. He married his long-time girlfriend, Manuela Markworth. His wife, Manuela is an economist and fitness instructor.

Lichtsteiner is the father of two children; a son and a daughter. He has been loyal to his wife and loves to spend his time with his wife and children. He has not been pulled in any women related rumors or scandals. He loves his privacy and keeps his personal life out of professional.

Lichtsteiner has maintained his dignity through his unique and significant performances in the games. His current market value is $3.4 million. His net worth is $4 million.

The two started dating soon after they met and their relationship turned into a marital ritual. They are proud parents of two children.

She is quite young and attends the elementary school. She is very cute and adorable.

No information is available about the child. The child is very loved and adored by all.