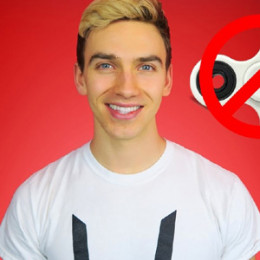 Stephan Sharer is a You Tuber best known for his self-titled channel with his wild stunts, vacations plus DIY, and entertainment-related videos.

Stephen Sharer was born on March 1, 1998, in Washington DC. He grew up along with his brother Carter in New York.

Stephen created his You Tube channel in February 2006. He works alongside Jimmy Olsson. He is best known for his stunts and travel blogs.

Sharer also does some comedy as well as a challenging task which is seen in his videos. He has garnered total views of three hundred million and has about a million subscribers as well.

Stephen had an affair with beautiful blonde Renata Erickson. She was his girlfriend since high school. As of now, he is in a relationship but he has not shared the details of his girlfriend with the fans.

Stephen makes a decent money as a You Tube star. His current estimated net worth is $80 thousand.