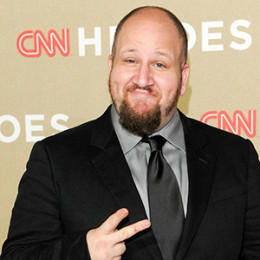 He is a Canadian born actor and stand up comedian who is known for his role as Gustavo Rocque on the Nickelodeon television series "Big Time Rush" in 2009. While he was raised in Carlsbad,California,where he grew up doing community Theatre. He is very close to his mother, a fifteen year old cancer survivor,who works providing animals to Independent and Union films.He has a sister who is a brilliant aspiring author who suffers from Lyme disease.His career began from his first television role on ABC series Carpoolers in 2007.Currently he is a CEO of Giant Company,where he creates limited/collection T-shirts.

With a multi qualities like being an actor,fashion designer,Stand up comedian and a bounty hunter,His relationship status is still single.From the information he has said he used to date a girl who was really thin.they use walk alongside because when She would come ahead of him it would look like he was hunting her.Recently there are rumors of affairs with Ashley Greene as they were seen together at lunch and acted as old good friends but there is no specific fact about their affairs.