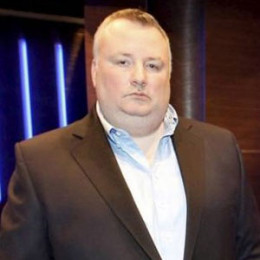 Irish radio & television presenter, Stephen Nolan, is one of the popular hosts of BBC Radio Five Live and BBC Northern Ireland. He has won twelve Sony Radio Academy Awards in his lifetime. Moreover, he was also awarded The Speech Programme Award of the Year for his show, The Stephen Nolan Show in 2006.

Though Stephen is very successful in his career, his personal life is a bit mysterious. He has never shared about his dating, girlfriend or any of his love affairs. He is possibly single.

Being one of the successful TV and radio hosts of BBC, Stephen has an estimated net worth of £618,000 with £529,115 in the bank as of 2013. As of now, the twelve times Sony Radio Academy Awards winner probably has more net worth than before.

Stephen Nolan was born on 20th August 1973, in the city of Shankill Road, Northern Ireland. He attended Royal Belfast Academy Institution and Queen’s University Belfast where he studied French and Business Studies.

After completing his degree, he started working for a corporation. But his had the interest to work on radio for BBC from early days. Soon, he resigned the job in the corporation and joined Belfast CityBear, a Northern Irish radio station. He also won a Sony Radio Academy Award for his radio show.

The following year, he was promoted and started working for BBC NI presenting The Stephen Nolan Show on BBC Radio Ulster. He was also involved in a charity boxing match with Gerry Anderson in aid of Children in Need in the year 2006.

In 2008, he featured on Chris Moyles’ Radio 1 Breakfast Show for the line “That is not my name” in his Northern Irish accent, a Mis-quote of the Sue Tilley interview with ITV News.

Moreover, he hosted Story of a Lifetime, focusing on the life of Stephen’s Radio Ulster colleague Hugo Duncan, in 2013.

Stephen has won many awards in his lifetime. He has the record of winning the Sony Radio Academy Awards for 12 times. He also won The Speech Program Awards of the Year 2006 for his show, The Stephen Nolan Show.

Apart from this, he was awarded Royal Television Society’s Regional Presenter of the year in 2005 and 2006, as he was also nominated for the National Presenter Awards in 2008.