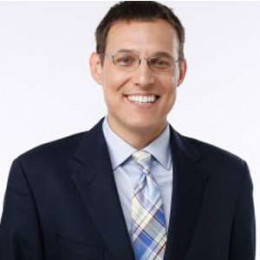 Steve Kornacki, born in Groton, Massachusetts, is a television host. He is also a political writer known for his work at Salon.com. Steve was born to mother Anne Ramonas and father Stephan Joseph Kornacki, Sr. and grew up with his sister Kathryn Kornacki. He graduated from Boston University and started his formal career in journalism working for PoliticsNJ.com as a political reporter.

Steve Kornacki started woking as a television host from a political news series in News 12 TV of New Jersey. He has been contributing articles in The New York Times, the New York Daily News, Wall Street Journal, The Boston Globe, The New York Post, and The Daily Beast. Steve is also known as the host of "Up" in MSNBC. He has been hired as a permanent host of "Meet the Press." There is no information about his relationships. Steve openly declared that he was a gay in a column on Salon in 2011.