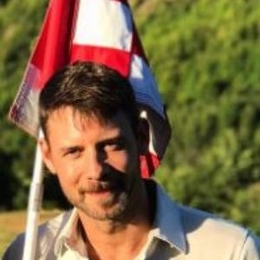 Steve Lund is an actor from Canada. He has been in the limelight for over a decade through his appearance in the films such as "Schitt's Creek." His character showed an intimate relationship with David, portrayed by Dan Levy.

Who is Steve Lund's Girlfriend?

There isn't evidence to indicate that Steve Lund is single or in a relationship, at least in the public eye. Because of his remaining tight-lipped about his relationship status, Mr. Lund incited gay rumors. 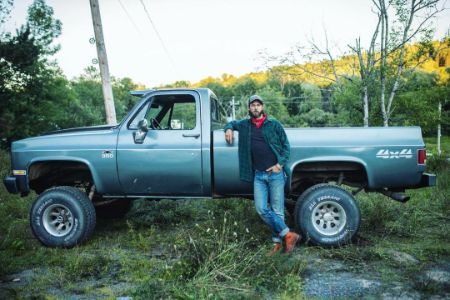 Further, Steve is famous for charming good looks and wooing ladies on the screen. He has an on-screen romance with actress Paigle in the television series Bitten. However, it's unclear if Lund is married or has a girlfriend.

On the other hand, Steve constantly posts about his goddaughter Eliana Grace McArthur. While speaking about his brother and goddaughter, he has successfully kept his love life under the radar.

To add up, Lund, in 2017, uploaded a playful post on his social media account in which he was spotted posing in only his undergarment. Many people thought about the actor's sexual preference after seeing the post. 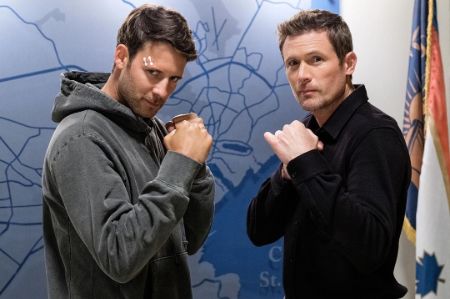 In the first photo of him hugging a man named Jeff Lonhes. The caption read," I do." Jeff is the father of a child and is married. The Nova Scotia native's photo of himself with his friend sparked LGBTQ speculations.

Also, Steve kissed his male co-star Dan Levy in the television show "Schitt's Creek." The guy buried the speculations when he spoke about his former girlfriend, Steph, with whom he went to a Medival-themed restaurant. When asked about his ideal date, Steve mentioned enjoying activities like bowling.

Net Worth of Steve Lund

It is not surprising that Steve Lund has assets in the million because he has worked on numerous projects that have done well at the box office. His net worth is $4.5 million as of 2022. The film actor has over 43 acting credits.

Here's the video of Steve Lund on Unlocking Christmas.

Similarly, Steve has already garnered several accolades since appearing in numerous television series from both countries, Canada and the United States. In 2009, Steve started his career in the short horror "End of Message."

The first step in Steve's becoming a professional television actor was joining the Vancouver Film School Acting Program. And during his training time, he acted in the role of Stewart in the television series "Yukonic." In the 2021 movie A Mrs. Miracle Christmas, he had a part of Will McCullough.

Similarly, in the same year, Lund played in the show "Being Erica." Some of his other movies include " The Christmas Cottage," Schitt's Creek," "Reign," and "Good Witch." He had a role opposite Erin Cahill and Scott Fee in the romance-drama Christmas Bedtime Stories.

Steve Lund's Movies and Collapse of his Hockey Career

In 2014, Lund had his first portrayal in a feature movie, " Best Christmas Party Ever," and later continued to star in shows like The Art of Us and Crossfire. Previously, Steve portrayed James Cogan in Haven from 2012 to 2015.

Although Steve received standing ovations for his outstanding performance as a guest star in an episode of "Lost Girl," his dream at an early age was to be encouraged on the hockey field.

Unfortunately, his way to becoming a professional hockey star ended with an injury he sustained during a match against his hometown squad "Halifax Mooseheads." This forced him permanently off the hockey field.

Keep coming back to Married Wiki for exciting articles and biographies of celebs.