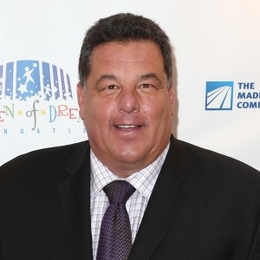 A Screen Actors Guild Awards winner Steve Schirripa is an American actor credited for his role as Bobby Baccalieri on the series The Sopranos. Moreover, he also gained fame for his portrayal of Detective Anthony Abetemarco on Blue Bloods.

Over Three Decade Of Conjugal Relationship

The Sopranos actor Steve Schirripa is living happily with his wife, Laura Schirripa. The lovebirds kissed and pronounced husband and wife on 22nd April 1989. Their wedding was held in a private ceremony in the presence of close friends and family members. 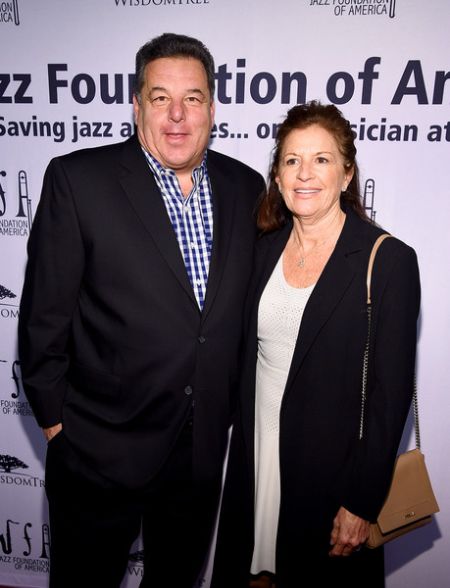 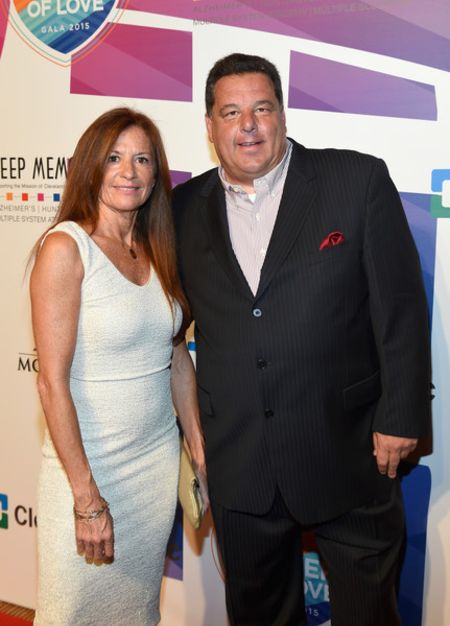 Blue Bloods star and his spouse are in a matrimonial relationship for over three-decade, and still, they are maintaining a peaceful relationship. Despite his busy career schedule, Schiripa manages to spend quality time with his family. Moreover, he also makes public appearances with his spouse and daughters in several events.

Steve Schirripa Is A Strict Father

The 6 feet 2 inches or 1.88 m tall, handsome hunk Steve Schirripa is a loving and caring father. Apart from this, he is strict too. In 2013, he released a book titled Big Daddy's Rules: Raising Daughters Is Tougher Than I Lookin.

Schirripa wrote the book in collaboration with co-author Philip Lerman after the success of his New York Times bestseller book A Goomba’s Guide to Life which was released in 2002. In his 2013 book, he wrote his personal experiences as well as it also contains some incidents which his friends faced while raising their kids. 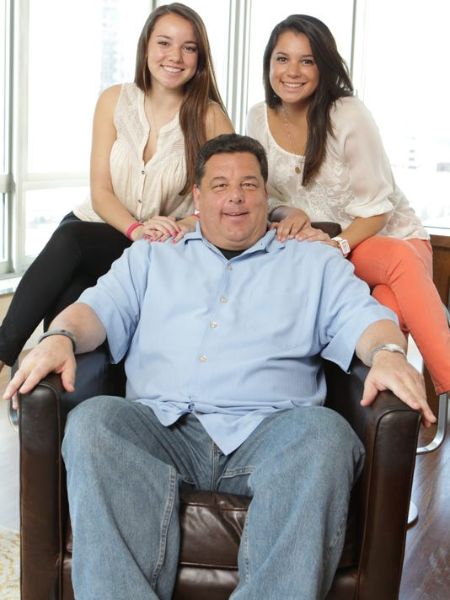 Moreover, it also discusses modern child-rearing. Likewise, in an interview, Schirripa said that his daughters aren't his best friends. He further added;

"No, they're not. They're my kids. And what I say goes because I know what's best for them. No other guy on this planet or in cyberspace is ever gonna love them more than me. No boyfriend, no Facebook friend, no husband. Me, I'm their father, and I'll love them and be there for them for life." 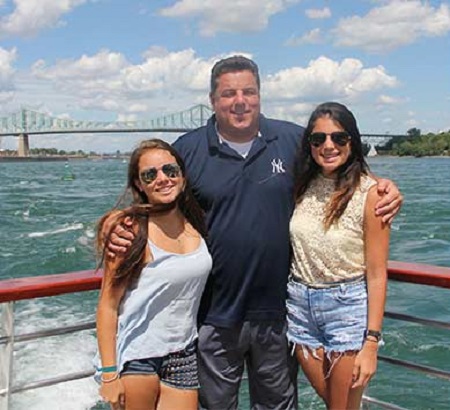 The Sopranos star Steve Schirripa with his daughters SOURCE: Bookish

Schirripa further said that he prefers his kids to be confident to try everything they like, but he always sets the limit. According to him, he is not that kind of parent who wants to be so down with his kids and throw a bit party buying them a keg of beer for a Sweet 16 party.

The Sopranos star further mentioned, his daughters do what he said. But if they back-talk and ask, Why? Schirripa always replies 'Because I said so!' He considers it as the most underrated sentence in a dad's vocabulary. Moreover, Schirripa believes that being a good parent is not considered to be a popular parent. 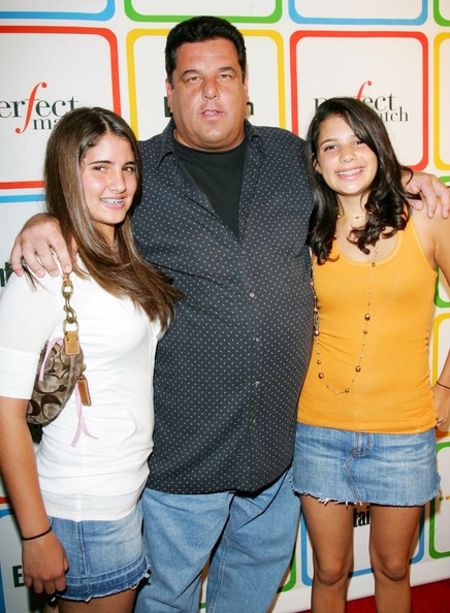 Schirripa says that he does so to his daughter in order to show them the right path and help them to reach the peak of the success. Even though Schirripa sets the limit in everything and every activity of his daughters, he always cares and loves them.

What is His Net worth?

Short Film Award-winning actor Steve Schirripa earns a handsome amount of money from his thriving acting career. His net worth is reportedly around $6 million as of 2019. His main source of income is from his portrayal in several hit movies and TV series.

Schirripa portrayed the role of Bobby Baccalieri on the television series The Soprano. His co-star James Gandolfini who played the character of mob boss Tony Soprano used to receive a salary of around $1 million per episode of the series. Similarly, Schirripa being one of the main cast of the series, probably received the salary more or less in the same range. 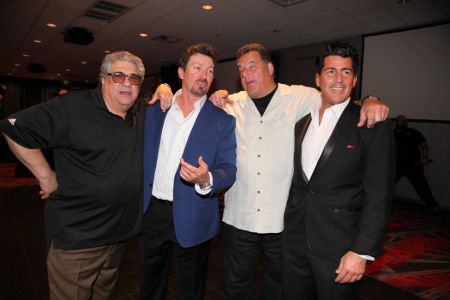 Steve Schirripa with his The Sopranos casts SOURCE: Pinterest

Furthermore, since 2015, Shirripa is the regular cast of the series Blue Bloods as Detective Anthony Abetemarco. His co-stars Will Estes, Len Cariou, and Donnie Wahlberg are the highest-paid cast of the series. They reportedly receive a salary of $60,000, $60,000, and $60,000-$150,000 per episode. Schirripa is also one of the main casts of the series; thus, he surely receives the payroll somehow in the same range.

Currently, Schirripa resides with his spouse and children in Las Vegas, Nevada (NV), US. He also owns a house there. Moreover, he further has a house in Laguna.

How Does He Spend His Weekend?

The 62 years old actor Steve Schirripa remains quite busy working on different projects. However, his routine on Sunday is quite amazing as he carries out different activities. On every Sunday, Schirripa wakes up at about 9:30 or 10 am and turns on Pandora Radio to listen some Van Morrison.

Schirripa then makes some coffee. There will be only him and his wife at home because his elder daughter has already moved on, and his younger daughter will be at college. Schirripa drinks two cups of coffee and starts reading newspaper columns on different websites. 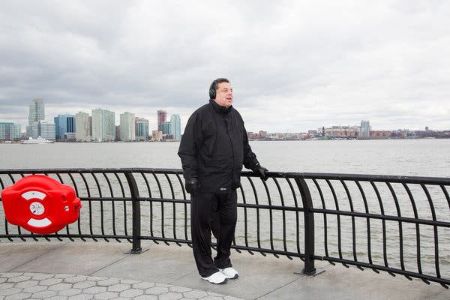 He then waits for his wife to bring newspapers including The New York Times, The Daily News and The New York Post and along with it he also eats cereal. Then after, Schirripa takes a shower and goes for a walk for an hour on West Side Highway path near Battery Park City.

After that, Schirripa goes to Barnes & Noble on Warren Street to look biographies. Similarly, he also spends time with his spouse. Along with his wife, Schirripa go to Harry’s Italian Pizza Bar on Murray Street for lunch at around 3 pm. 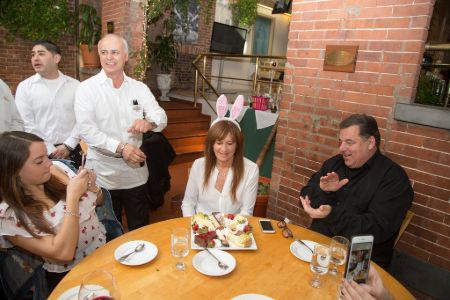 In the evening, the couple returns to their home, and he again reads the newspaper. After reading the paper, Schirripa and his wife goes to Faicco’s Pork Store on Bleecker Street to buy some vegetables. Most often, to make antipasto salad like provolone, mozzarella, soppressata, and roasted peppers, he goes to pick up the stuff. 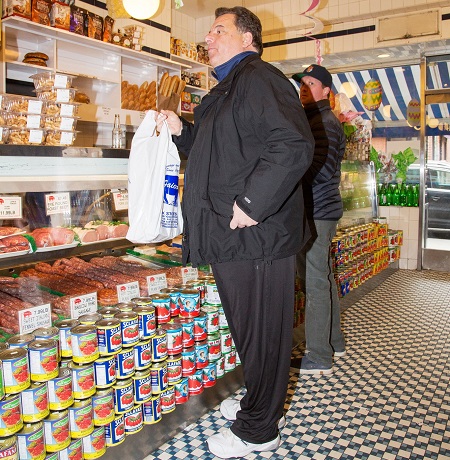 Schirripa prefers to have dinner at Il Cortile on Mulberry Street. He even mentioned that while working on The Sopranos, he lived right above the restaurant for two years. Schirripa says that the hospitality of the restaurant is also quite good.

The pair returns to home after having the dinner; however, Schirripa does not go to bed until 1 a.m. Thus, before going to bed, he watches his favorite shows like 9-1-1, Billions, and Crashing.

The Sopranos actor Steve Schirripa is in a marital relationship with his wife Laura Schirripa since 1989.

Bria Schirripa is the eldest daughter of an American actor Steve Schirripa and his wife Laura Schirripa.