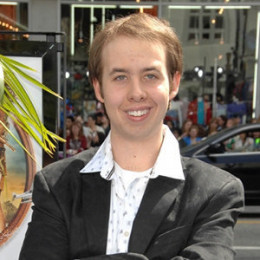 Steven is an American actor, writer, and a producer born in Littleton, Colorado. He is primarily known as Dr. Harold Zelinsky for his role in the TV series ER. Steven completed his high school studies from Gorman High School in California with the GPA of 4.0. As a kid, Parker used to do comedy shows among his friends in the basement of his house. He wrote his first screenplay after he was amazed by the television commercials when he was only 12. However, he started his formal career by working in a music video of a band called Alkaline Trio.

He is mostly known for his works in Juno(2007), Little Miss Sunshine (2006) and Rebound (2005) and has worked as athletes in some movies even though he is not a good sportsman in real life.

His first work in movies was at the age of 17 when he wrote, acted and produced a short film of his own. There is no information regarding his relationships.