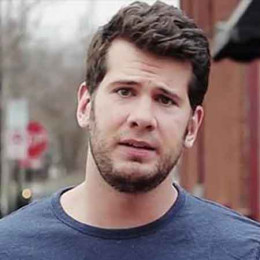 Conservative comedian and actor, Steven Crowder is best recognized as the face of Louder with Crowder, a YouTube channel and podcast which is dedicated to political and pop culture commentary. Previously, he worked at Fox News, a regular guest on TheBlaze and has often featured on The Glenn Beck Program and The Dana Show. He is a former voice actor on the PBS Kids children's cartoon Arthur.

Steven Crowder was born on July 7, 987 in Grosse Pointe, Michigan, the U.S. to American father and French-Canadian mother. He has dual citizenship and speaks both English and French. He was raised in a Christian household in Greenfield Park, Quebec.

His mother, Francine Crowder is a costume designer and stylist in Canadian television. He has a younger brother, Jordan Crowder who is also an actor and filmmaker.

Steven Crowder was just 12 when he got his first voice acting role for the character Alan "The Brain" Powers on the children's TV series, Arthur which immediately launched him into the realm of "Babe  Magnet".

Then he worked as manual labor for the "Just for Laughs" which influence him to pursue his career in stand up comedian. By the age of 18, he became the youngest Comedian ever to grace the audiences at Just for Laughs. 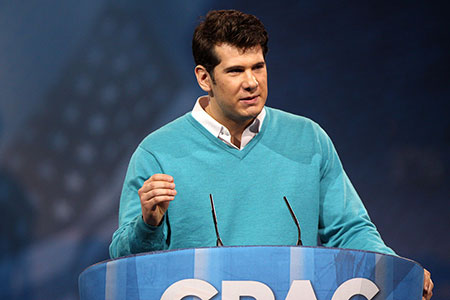 Then he acted in a number of films including the 2009 movie, To Save a Life. At the age of 21, he first appeared on Fox News as an opinion panelist on television news programs. In 2013, Fox News dropped him after making negative statements about Fox News host Sean Hannity.

He started his YouTube channel, Steven Crowder in 2006 where he posts opinion and news videos, as well as political satire. As of 2018, he has more than 2.9 million+ subscribers and over 594 million views in his self-titled YouTube channel. In 2006, he created a short video for the  Conservative website Prager University where he criticizes democratic socialism.

Later, he posted an edited video of the incident to his YouTube channel which was broadcast at Fox News also. But The New York Times stated the video wasn't all real so, he later released an unedited copy of the video. In March 2013, Stuart Dunnings III, Ingham County Prosecutor declined to press charges against anyone involved in December 2012 altercation.

Steven Crowder is a popular YouTuber best known for his podcast, Louder with Crowder. He has an estimated net worth of $3 million which he accumulated from his career.

Steven Crowder is a married man, he tied the knot to his longtime girlfriend, Hilary Crowder in August 2012 in an intimate ceremony. The same year, he released a column about the benefits of remaining abstinent prior to his marriage in Fox News website. 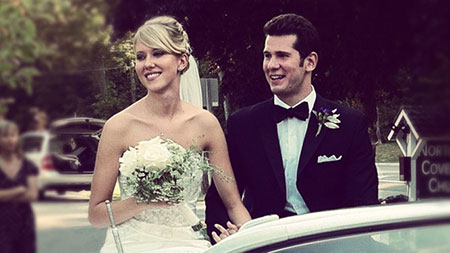 Crowder is a fan of mixed martial arts (MMA) and he won the novice Heavyweight Jiu-Jitsu World Championship in 2011. He was a supporter of the legalization of MMA in New York. He is a protestant and attends church every week.

In March 2018, Crowder set up a table outside the campus of Texas Christian University with the phrase "Change My Mind" and invited students walking by to change his mind on the subject as a part of a regular segment for his YouTube channel and podcast.

Check out the video of Steven Crowder Vs Amy Schumer Abstinence;

Steven Crowder with his wife Hilary Crowder
Though the pair have been together for more than 6 years, they have no plans to bear children yet.