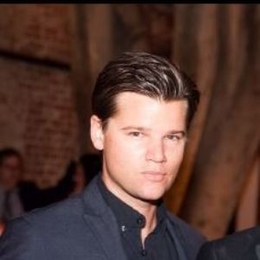 Steven Grayhm is a renowned Canadian film actor, director, and producer. He gained popularity after his brilliant performance in Netflix's drama series Between and as a love interest in The Boy Who Cried Werewolf.

Who is Steven Grayhm Married With?

Steven Grayhm married her wife Vanesa Tierney on December 31, 2017. Vanessa is the CEO and co-founder of Abodoo. During the summer of 2013, Steven met Vanessa for a national fundraising tour to raise awareness about feature films on issues of veterans. 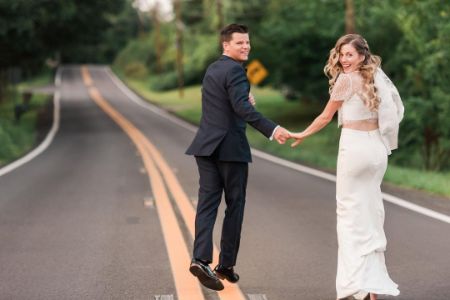 Not to mention, Steven doesn't have any kids but owns two furbabies American PitBull Terriers, Olive and Meadow. Their friends walked their dog, Meadow, down the aisle. Their relationship is getting healthier, which is good news for followers of the power couple.

Further, Steven Grayhm and Vanesa Tierney dated for three years before he got on his knees for the marriage. The duo has agreed not to rush it with children as they focus on their careers. Steven and Vanessa's dating history is unavailable as both have strong bonds with no rumors of divorce.

The groom and bride traveled from their residence in Los Angeles to the rural northeast for a private ceremony with lush greenery, sentimental touches, and vibrant flowers. The pair got hitched at Vanessa's parent's house, allowing them to plan their dream wedding without restrictions. 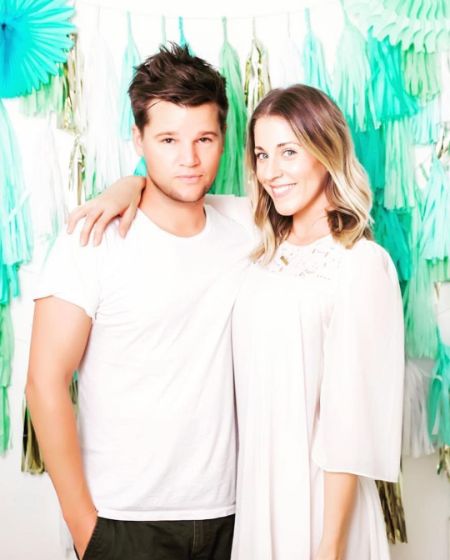 Steven Grayhm and Vanesa Tierney have been together since 2013. SOURCE: Instagram(@sgrayhm)

In addition, Steven rented a blue tuxedo and matched it with a pleated dress shirt, suspenders, a black linen pocket square, and a bow tie. Meanwhile, to complete the wedding outfit, Vanessa donned a hairpiece, earrings, and an Alexandra Grecco cape for their big day.

Also, Steven's brothers played songs from the movie 'Braveheart' during the processional on his piano. During the cake cutting, the lady sported a white leather jacket. Tierney interchanged her cape for an Alexandra Greece lace topper for the much-awaited reception and had their first dance to "Latch." 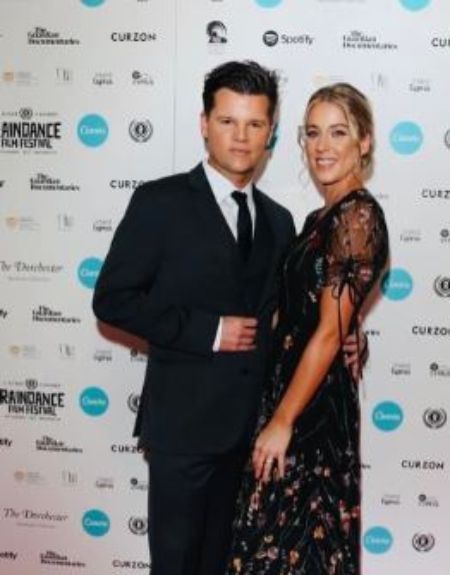 Steven Grayhm and his wife Vanesa Tierney have been together since 2013. SOURCE: Instagram

In 2018, Steven was cast as a delusional serial killer and robber Jess Carney in the Season Thirteen episode "Submerged" on Criminal Minds. Mr. Grayhm physically appeared in the most recent roles in the television series, including The Secret of Sinchanne, Medal of Honor, and Criminal Minds.

The filmmaker, in 2021, with his wife, made a red carpet appearance at the Raindance Film Festival opening Night for the Secret of Sinchanee. Steven performed at  The Tiffany Theatres in Los Angeles in August Strindberg's classic "The Father" along with Jessica Chastain and Al Pacino.

What's the Net Worth of Steven Grayhm?

Steven Grayhm has a lavish lifestyle and has summoned the networth of $3 million. His professional life and achievements throughout her career have inspired people to pursue their careers in movies and dramas to remain constant with dedication and devotion.

Check out the video of Steven Grayhm with his wife, Vanessa Tierney.

Apart from acting, the 40-year-old had even tried his talent for writing, directing, and producing series and short films. Steven has been associated in early 2020 to lead himself in the feature film The Secret of Sinchanne. The show features Laila Lockhart Kraner, Tamara Austin, and Green Beret Boyer.

Before appearing in the films, Grayhm has performed on stage, such as stints in the role of Hamlet, and was later nominated for a Hollywood Film Award for a short movie, Vodka, The Cry of Violin, and Winter. Currently, Steven is working on his feature film titled "Sheepdog."

Steven Grayhm married her wife Vanesa Tierney on December 31, 2017. Vanessa is the CEO and co-founder of Abodoo.