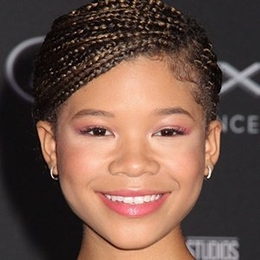 Storm Reid, who dreamt of being superstar as a kid, is an African-American actress best known for her character in the 2018 fantasy film A Wrinkle in Time and Euphoria. She is one of a kind who succeeds in every field she steps in be it the fashion line or film industry. So, what is she up to now?

Do Storm Reid Have a Boyfriend?

Storm Reid, the 17-year-old actress is currently dating an actor named, Sayeed Shahidi. They stepped into each other's life in 2017 and since then never turned back. 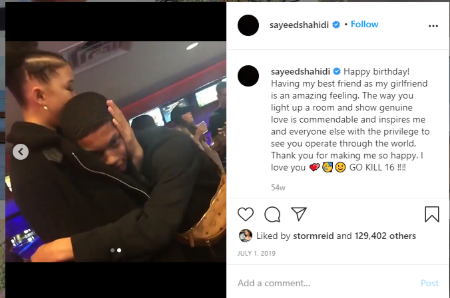 The Euphoria star made a debut on Sayeed Shahidi's Instagram on November 13, 2017, which might be the first date of these two. From then, Sayeed started showering the pictures of his sweetheart on his socials. What's more?

Reid is vocal about her love life, Sayeed does not lag in showing his affection to his partner, Storm Reid. The lovebirds flaunted amazing chemistry and spotted together at several events. In February 2018, Sayeed reached the theatre just to watch his beloved girlfriend's new movie, Wrinkle In Time, to support her.

Back then, on July 1, 2019, Shahidi shared a beautiful snapshot of Reid on her birthday. His caption reads, "Happy Birthday! Having my best friend as my girlfriend is an amazing feeling. The way you light upon a room and show genuine love is commendable and inspires me. Thank you for making me so happy. I Love You".

How Much Is Storm Reid's Net Worth?

Storm Reid has an estimated net worth of $1 million. Her primary source of wealth is her career as an actress; she receives huge payroll from fashion, film, and television. She walked in (her first fashion show) and opened the show in Paris, France, on March 4, 2020. 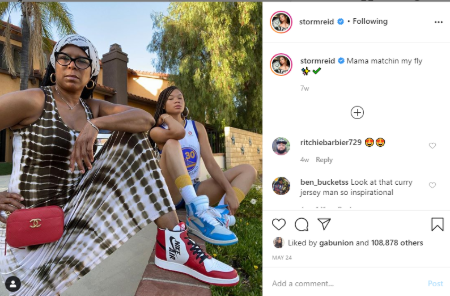 Reid is paid a whopping amount from ads and endorsements as well. She indulges fashionable brands like Miumiu, Gucci. She is currently partnered with an award-winning food company, Sweet Earth, which specializes in plant-based products.

On March 6, 2020, Reid announced she and Stephen Curry collaborated on a shoe called The Curry 7 Bamazing. The brand will provide opportunities for young women to reach their dreams through the International Women's day Scholarship held in 2019 by Stephen and Ayesha Curry's Eat.

Who are Storm Reid's Parents?

Storm Reid is a daughter of father Rodney Reid and mother Robyn Simpson. Both of her parents are Afro-Americans. The young actress was joined by her mother at the 13th Annual Essence Black Women In Hollywood Awards Luncheon. Regarding her appearance, she is 5 ft 7 inches tall and weighs 51 kg. She wears a shoe size of 8.5 US. 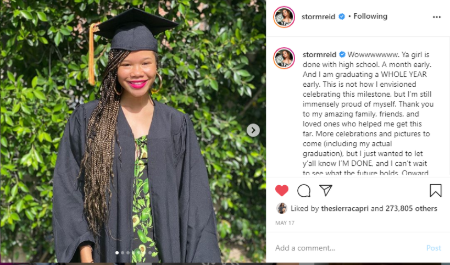 Reid was born on July 1, 2003, in Atlanta, Georgia. She has two sisters Paris and Iman, and an elder brother Josh. Zendeya Maree Stoermer Coleman played the role of Storm Reid's sister in American teen drama series Euphoria. Speaking of Reid's academic qualification, she just graduated from her high school on May 17, 2020.

Stay tuned to Marriedwiki.com for celebrity biographies and news.