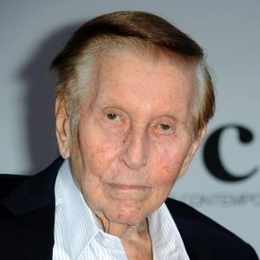 Sumner Redstone is an American businessman and legendary media magnate who is not only the controlling shareholder but also the chairman of the board of the National Amusements theater chain. Most significantly, he formerly operated as the executive director of both Viacom and CBS.

No, the business tycoon is single at present. However, Redstone was married twice and even had a girlfriend until 2015.

The CBS director shared the wedding vows with Phyllis Gloria Raphael in 1947 at the age of 24. From their wedlock, the duo welcomed a son and a daughter. His first child was Brent Redstone, an American lawyer and entrepreneur in 1951. Then, he bore another child, Shari Redstone, the chairwoman of ViacomCBS on 14th April 1954. Besides being a chairwoman, his daughter Shari is also the President of National Amusements.

The duo, Sumner and Phyllis were married for 52 years but, in 1999, he and his partner separated. 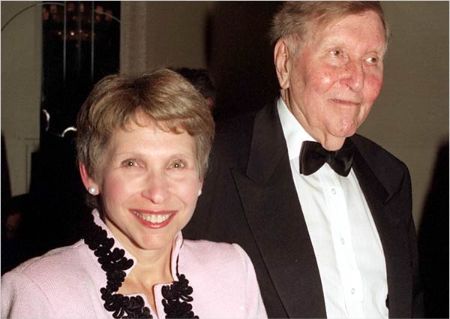 After three of Redstone's separation, he tied the knot with Paula Fortunato, a former primary school teacher in 2001. Believe it or not, Fortunato is 39 years younger compared to the former media director. Unfortunately, his second marriage also didn't end well as Redstone filed for divorce with Paula on 17th October 2008. But their divorce was finalized by the court on 22nd January 2009. 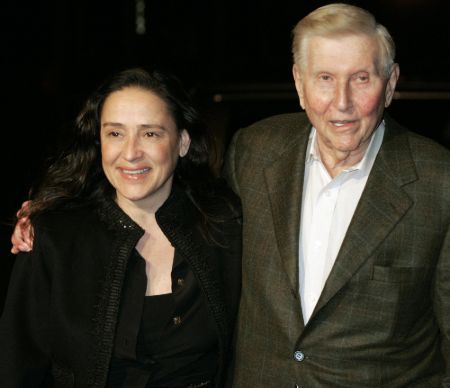 Why did Sumner Redstone Throw Girlfriend Sydney Holland Out of His  Home?

The billionaire broke up with his live-in girlfriend, Sydney Holland, after staying together for five years. According to William D. Cohan, Sumner kicked Holland out of his Beverly Park Mansion after discovering; she had been cheating on him with another man in August 2015. 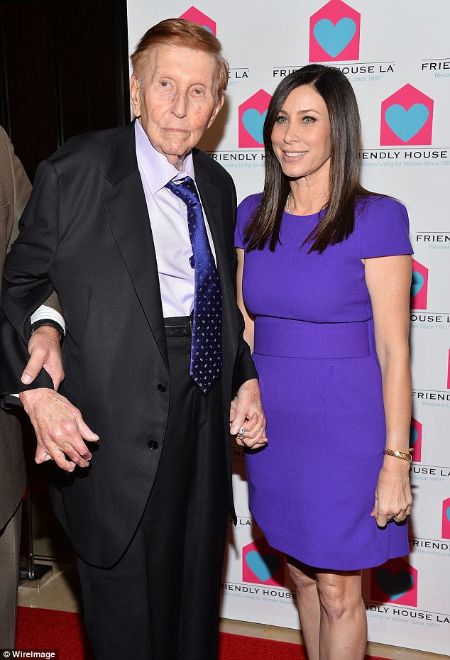 At the time they were living together, the 44 years old was quite essential to him. Indeed, she used to be his gatekeeper to those who wanted to meet the former Viacom operator and also got involved in his business meetings. During that time, Redstone even decided to include her and his longtime friend, Manuela Herzer, 51 on his will. 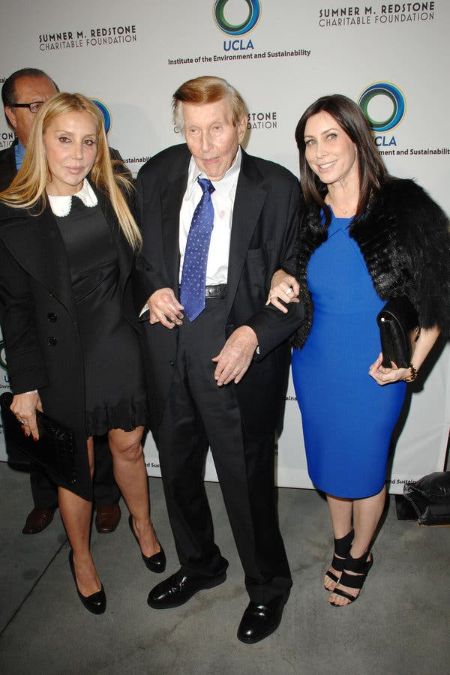 Sumner Redstone along with Sydney Holland and Manuela Herzer. SOURCE: The Nytimes

But, before that, the 92 years old businessman, who has a net worth of $2.6 billion, was informed of her relationship with a former actor, George Pilgrim. After hearing the news, the business pundit exploded and told the 44 years old to get out of his house. So, within the two days of the incident, Holland left the house with her adopted daughter, Alexandra Red.

Stay tuned with marriedwiki.com for more Biographies, articles, and Relationships on your favorite celebrities.

Paula Fortunato is the second wife of Redstone. They did not give birth to any kids. They stayed together for 8 years.

Brent Redstone the first child and a only son of Sumner. He works as a lawyer and an entrepreneur. He is the brother of Shari Redstone.

Shari Redstone is the daughter of the former executive director of Viacom. So, she chooses to walk through the father's path.