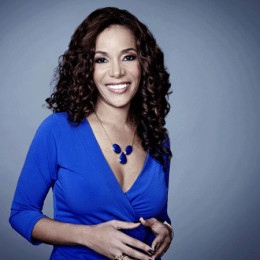 Asunción Cummings Hostin was commonly known as "Sunny Hostin" is a lawyer, journalist, and columnist, best known as a former assistant United States Attorney as well as a legal expert. Her television career began as a commentator for Court TV. She has specialized in child sex crimes and for her successful prosecution of sex offenders, she was awarded a Special Achievement Award. She was born to an African-American father, William Cummings and Puerto Rican mother, Rosa Beza.

Sunny Hostin is a married woman. Her husband is an orthopedic surgeon. The couple has raised two children from their marriage, one of whose details has been kept out of media. Having a close look at this couple, it seems like they are totally satisfied and happy with their marital life. So, there isn't any point of divorce.

Sunny Hostin was born was as Asunción Cummings on October 20, 1968, in New York City to Rosa Beza and William Cummings. She holds the American nationality and belongs to white ethnicity.

She attends the all-girl Dominican Academy Dominican Academy in New York City. Later she completed her graduation from Binghamton University and Notre Dame Law School. Her mother tongue is English but she She speaks fluent Spanish too.

She began her career as a law clerk to Robert M. Bell. Later she becomes a trial attorney in the U.S. department of Justice.

Her television career began as a commentator for Court TV and eventually, she offered a spot on the Fox News daily show, The OReilly Factor. She appeared on "Is It Legal?" and regularly debated with Bill O'Reilly and Megyn Kelly.

Currently, she works for CNN as the legal analyst for flagship morning show named American Morning. She was appointed by CNN President Jon Klein. Moreover, she writes a column for CNN called Sunny's Law.

Hostin is a married woman, she exchanged a vow with Emmanuel Hostin who is an orthopedic surgeon. She was blessed with two children; a son, Gabriel, and daughter, Paloma and currently she resides in Purchase, New York with her family.

The duo is together since a long time and enjoys their marital life fully with their children which don't indicate any sign of their divorce and split.

She has done an amazing work over her career which made her one of the reputed media personality. She has a net worth is $2 million.

He is the first and current husband of Hostin, who by profession is a orthopedic surgeon. The family resides in Purchase, New York.

He is the son of Hostin, who was born safe and sound.

She is the only daughter of Sunny and Emmauel Hostin. She is just beautiful like her mother.