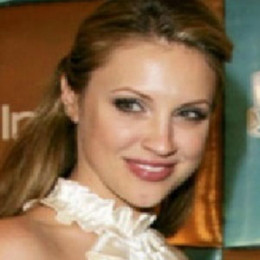 Model turned actress, Sunshine Deia Tutt has just appeared in a few films but succeeds to leave a good mark among audiences. Later, she enrolled in an interior designing and works as a Director of design at Sublime Interior Designs, LLC.

Is Sunshine Deia Tutt Single or in Relationship?

Sunshine is possibly single till the mid-2020. Chris Kattan's spouse of eight months currently resides in Malibu, California where she runs Interior Design business "Elle Decor". The blonde beauty is highly dedicated to her profession and uplift the standard of her company "Sublime Interior LLC".

Tutt took a picture of a $24 toilet paper she's brought from Japan for safety during coronavirus crisis on 11 April 2020. In the same vein, the actress paid heartfelt condolence to her grandmother "Jean" on 6 April 2020. Late. Miss Jean was also the one to attend Sunshine's lavish wedding ceremony in 2008.

Like Deia Tutt, her former husband Chris Kattan is neither married nor seen with any women from 2009. For now, the celebrity wife is out of rumors regarding her relationships and marital affairs. Walking into her socials, she is career-oriented and is spotted alone in various events and award functions.

Nevertheless, the glamorous interior designer took a photo of herself wearing a dazzling emerald green ring on her engagement ring finger on September 1, 2019. It's not because she's moved on in her life but to show how beautiful a gem or jewels can be. Maybe, the blonde-beauty hasn't yet found the man of her type who could treat her well.

How was Sunshine Deia Tutt's Married Life with Chris Kattan?

Sunshine was previously married to Chris Kattan, a well-known actor, and comedian. The duo first met and started dating in the year 2005. After dating for one year Cris proposed Sunshine on Christmas Eve of 2006.

The couple dated further for two years and finally married on June 28, 2008, in Oakhurst, California. Sunshine stepped into Kattan's home and life being legendary actor Kip King's daughter in law.

The duo, however, failed to handle their married life and separated just after 3 months of marriage on August 10, 2008. They officially divorced in February 2009 citing some irreconcilable differences.

The former actress-model is free from rumors and controversies ever since her divorce. She is now focusing on her career as a Senior fashion designer.

Sunshine loves animals and cares about small things concerning them. As an animal lover, she pets a dog named Izzy which is a German-English breed dog. She loves her dog and often shares pictures of her dog on Instagram.

Going thru old film and found this.. which was probably my first photo shoot at age 17! Glad I kept all this stuff so I can pass it on to my child aka my Daschund Izzy #fashionmodel #blastfromthepast #agingmodels #interiordesigner #fountainofyouth

Previously, Sunshine worked as a famous model in her early 20's. The average salary of a model is $150-$200 per hour depending on the brand of the project and the class of the model.

Tutt also appeared in few movies and TV series from where she collects a decent sum of amount. On average, she earned $30k+ from her acting career.

In addition, she has a pet dog from a famous German-English breed named Izzy. And, the average price of the dog is $200-$1000.

Sunshine Deia Tutt was born on 23 September 1976 in Brownsville, Texas, United States. The former actress-model is of American nationality having Libra zodiac sign.

Sunshine completed her high school from St.Joseph's Academy and soon graduated with an Associate's Degree in Design and Visual Communication from The University of Texas at Austin in 1998. After which, she started working as Director of Design.

Sunshine was previously married to Cris Kattan who is a well-known actor and comedian. The duo first met and started dating in the year 2005. Then the couple finally married on June 28, 2008, in Oakhurst, California.