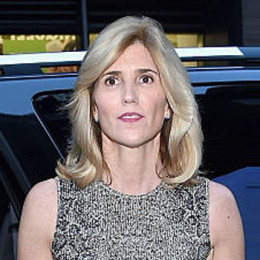 Susan Crow is an American retired school teacher who is famous for being the wife of legendary singer, Tony Bennett; The couple tied the knot in 2007 and do not share any children between them.

Susan Crow was born on September 9, 1966, in San Francisco, California. She was raised by her father, Dayl Crow, and mother, Marion Crow and there is no information about her siblings. She went to Fordham University and Columbia University's Teachers College.

From an early age, she was interested in teaching and found her dream job in New York public schools. She is an experienced teacher. Along with her husband, Tony Bennett she founded Exploring The Art in the year 1999.

During her college year, she also interned for President's Advance Office.

Susan Crow started her career as a teacher. She used to teach in various local high schools before moving to New York City. She is the co-founder of Exploring The Art. It is a non-profit organization which focuses on helping public school students to pursue their career in the field of career.

So far, ETA has worked with over 17 schools located in Los Angeles and New York City. In the year 2010, she recieved ASCAP Award by the ASCAP Foundation. Then in the year 2015, she was honored by George Washington University's Medal for her work towards art education.

She once owned Creative Artists Management situated in New York. She used to work as an administrative assistant for Merill Lynch. Along with Tony, in 1999, founded The Frank Sinatra School of The Arts.

In the school, she used to teach social studies and acted as an assitant principal.

Susan Crow married Anthony Dominick Benedetto in 2007; becoming his third wife. Their wedding was simple that was witnessed by former Governor Mario Cuomo in New York. The couple met in the 1980s when she was a school teacher.

The couple doesn't share any children between them. Her husband, Tony was previously married two times, first to Patricia Beech from 1952 to 1971, and then to Sandra Grant Bennett from 1971 to 2007.

He is a parent of four children from his previous marriages. There is an interesting story as to how the couple first met. Back when Susan's mother was pregnant with her, she along with her husband, Dayl was posing for a photo with Tony in San Francisco, 1966.

The crow family was a huge Tony fan. When Susan reached teenage, she became the president of the local Tony Bennett club. And when Tony was in San Francisco, she asked him to have a picture with her.

Susan was formerly a teacher and is now the co-founder of a Non-Profit organization. Her husband's net worth is around $200 million. The couple used to live in an enthralling 9,500 square-feet mansion in San Francisco Bay Area. The house was put for sale in 2011 for a massive price tag of $27 million.