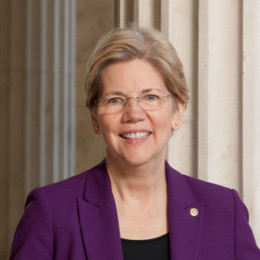 Susan Waren is a former aide to Florida Governor Jeb Bush and a former congressional committee staffer. She is better known as the wife of MSNBC star Joe Scarborough of “Morning Joe”. On her blog southxnortheast, she describes herself as "a wanna-be chef " which clearly states that she had a dream to be a chef. She came to fame due her divorce issue with her former husband.

Susan Waren is possibly single at the moment but previously she was in a marital relationship with Joe Scarborough. The duo tied the knot in October 2001, and divorce after 11 years of marriage in September 2012.

As per the divorce documents, Scarborough agreed to pay alimony of $30,000 a month for five years. At the time of their divorce, he earned $99,000 as an MSNBC host.

Moreover, they also share two children together, a girl and a boy. The two did say that they would continue to remain friends and would co-parent their children as well.

In fact, it later emerged that the two continued to live together in the same home even after the divorce. They essentially split the family home into two halves, which would enable them to look after their children together and keep the semblance of a family.

In addition, he agreed to pay $150,000 for the mortgage on their Connecticut home and their children's education.

Susan Waren hasn't revealed much about her profession to media. So, her net worth is still under review. However, her former husband holds an estimated net worth of $25 million.

Joe Scarborough had quietly divorced his wife in January 2013 after filing for divorce from her in September 2012 only made the rounds in October 2013.