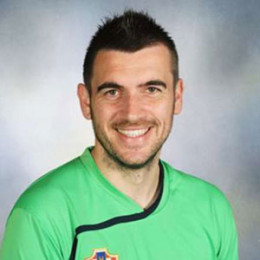 Susanna Victoria Reid is an English TV presenter and Journalist who was the co-presenter of BBC Breakfast until 2014. She studied at the independent Croham Hurst School and independent Croydon High School after that she attended St Paul's Girls' School in London. She studied Law, politics and Philosophy at the University of Bristol. Her mother was a nurse where as her father was a management consultant and at the age of 9 her parents got separated.

She was married to a former sports correspondent with whom she stayed for a long time. They field for divorce recently. They got separated at 2014. They have three sons together and for their sons they are staying under the same roof despite getting divorced. Because of her husband's extra affair they got separated. Her husband is currently dating some other lady and seems to be happy and proud of his activity.

He is a former Sports Correspondent. As per the news he is currently in relationship with some other lady.

He was born healthy and is currently in his high school for his studies.

He is a handsome child from his dashing parents. There is no any information regarding his birthday.

He is the youngest child. There is no information about his born day.