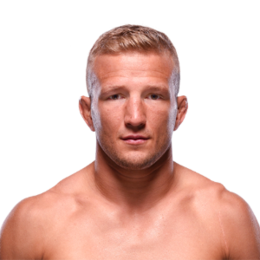 An American mixed martial artist, T.J. Dillashaw is a former two-time UFC Bantamweight Champion. Currently, he competes on the Ultimate Fighting Championship (UFC). However, he is a two-year suspension after testing positive for recombinant human erythropoietin (EPO). His suspension will end on 19th January 2021.

T.J. Dillashaw lives a blissful married life with his wife, Rebecca Dillashaw. The two dated for quite long before getting hitched. Nevertheless, the actual date, when they met and began dating, is yet to be disclosed. 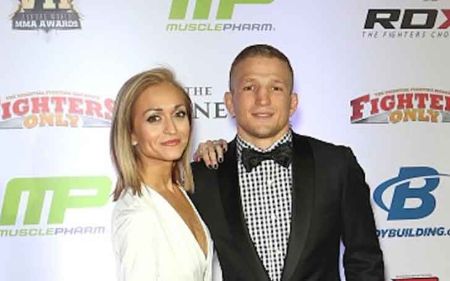 Dillashaw and Rebecca turned their long-term relationship of a boyfriend and girlfriend to a husband and wife on 21st June 2014. Their wedding took place in an intimate ceremony in the presence of their close friends and family.

The lovebirds seem to have tied the knot in Mexico as per the photos shared by Rebecca on her social account. On a special day, Dillashaw even wore the title belt at which he won. Furthermore, the newly married couple celebrated the honeymoon in Mexico as well. 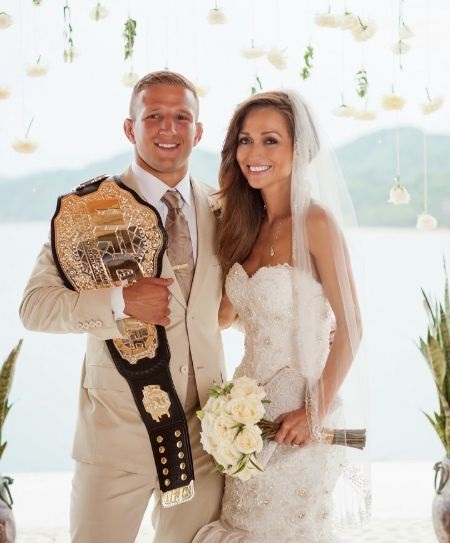 T.J. and his beloved spouse are the proud parents of a child. In June 2017, the duo announced that they were expecting a child via T.J's Instagram account. Finally, on 28th September 2017, they became the parents of their first child, son Bronson Jack Dillashaw.

Since their nuptials, the family of three is living happily. The couple is loving and caring husbands and wives as well as parents. They are properly raising their son by fulfilling all the demands and needs. 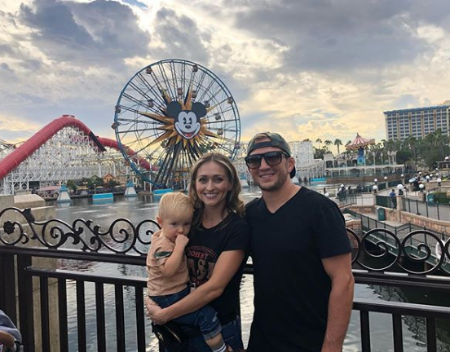 The MMA fighter and his partner share an unbreakable bond, which can be seen through the pictures on their social accounts as they appear then and now. Furthermore, they also spend quality time visiting exotic places on vacation.

On 4th November 2019, the family of three visited Disneyland. To date, the pair hasn't faced any controversies and rumors regarding their extramarital affairs and divorce.

Currently, the 33 years old MMA fighter T.J. Dillashaw is under suspension. USADA suspended him on 9th April 2019 for two years, which is a separate suspension than what was given by the NYSAC. Initially, he had received a 12-month suspension from the NYSAC. 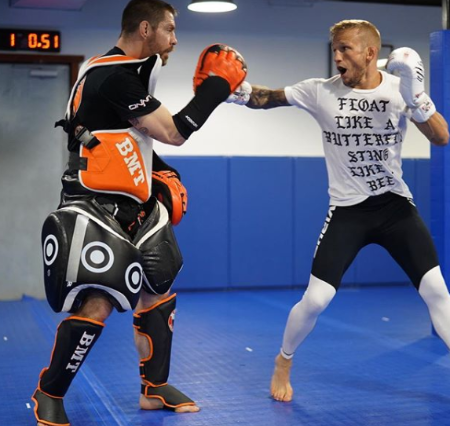 Before the Henry Cejudo bout, Dillashaw was tested positive for recombinant human erythropoietin (EPO). So on, 20th March 2019, the fighter took Instagram and said that he would voluntarily relinquish the UFC bantamweight championship after being caught in a drug test.

Dillashaw, however, disclosed the news only on 12th April 2019 via Instagram by sharing a lengthy video. Well, his suspension will end only on 19th January 2021. 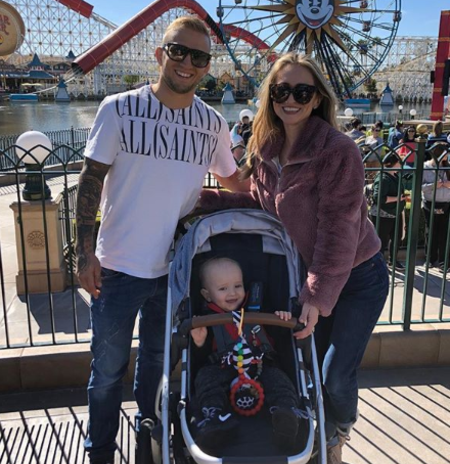 T.J. Dillashaw with his wife and child SOURCE: Instagram (@tjdillashaw)

Dillashaw signed to Ultimate Fighting Championship in 2011. Likewise, on 3rd December 2011, T.J. made his UFC debut competing at The Ultimate Fighter 14 Finale. There, he fought with several pro fighters. Prior to his suspension. Dillashaw's last fight was against Mike Easton at UFC Fight Night 35 on 15th January 2014.

From his prolific career as a Mixed Martial Artist, Dillashaw makes a fruitful income. His net worth is estimated to be around $1.5 million as of 2019. Furthermore, he earns an average annual salary of around $2,214,000.

Bronson Jack Dillashaw is the son of an American mixed martial artist T.J. Dillashaw and his wife Rebecca Dillashaw.