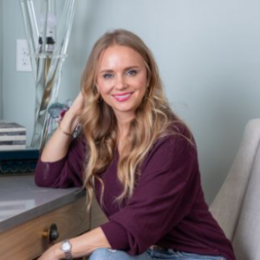 Tamara Day is Married to Her Loving Husband For Many Years

Tamara Day is happily married to her long-term partner Bill Day. They exchanged vows in 2000 in a lavish ceremony. The designer revealed she met her man for the first time during New York Eve Week in 1998. Both of them were managings booths at the Bartle Hall convention center. 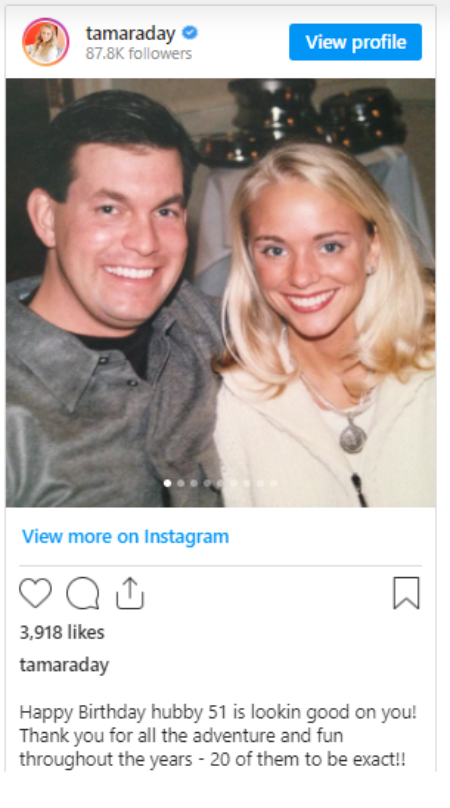 In addition, Tamara once blogged about her marriage on her website "TamaraDay.com." The blonde beauty mentioned she and Bill experienced flipping homes before their weddings. Later, their common passion made them a perfect match.

After six months of encounter, Tamara went on a date with Bill Day. And one year later, the lovebirds took it to the next level. Tamara has been relishing good life with her husband of 20 years along with four kids. All Four of them are featured on Bargain Mansions.

Speaking of family, Tamara Day is a mother to four children Henry (2004), Bobby Day (2006), Thomas Day and Eleanor Nora Day. Tamara gave birth to a son Henry Day in January 2004 with her husband, Bill Day. In March 2006, she welcomed a son Bobby. 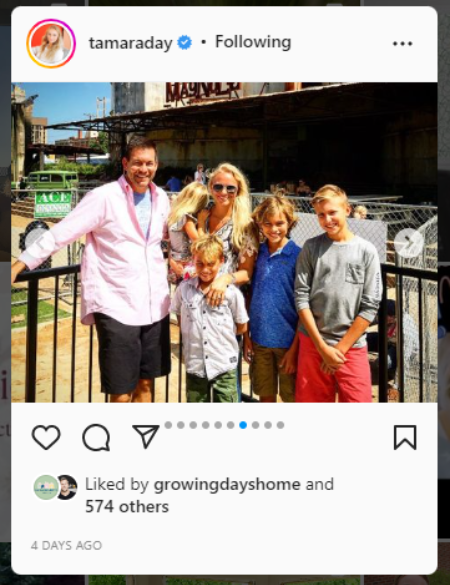 Sources claimed that Tamara and Bill struggled for several days to come up with a name for their second child after the birth. Day gave birth to the couple's third child Tommy in November 2010. In 2013, the pair welcomed the youngest child Eleanor Nora Day. Every once in a while, one may catch Tamara's whole family on the renovation series.

Tamara Day has summoned an estimated net worth of $2 million as of 2022. She makes thousands of dollars from her career. She specializes in restoring neglected wide homes. The mother to three kids grew up fixing houses with her dad. Tamara showed her love for design when she purchased a home with her husband, Bill Day, in 2008. 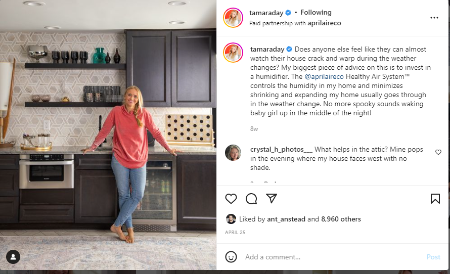 Tamara Day has been renovating huge old properties since the 80s. SOURCE: Instagram

Day bought a dream real estate, a 5000-square-foot mansion. It was an old mansion, but she renovated it beautifully. To restore an old mansion, Tamara struggled herself buying furniture and other finishings at estate sales instead of hiring a crew of renovators.

Tamara Day managed to improve the home while raising her three children full-time. Today, she is famous as a wealthy American interior designer and host of Magnolia Network's Bargain Mansions which airs on the HGTV network. The show aired on 15th November 2017 on the TCL network.

In 2020, While Chip Gaines and Joanna Gaines worked on renovating homes in Waco, Texas, for Fixer Upper, Tamara and her father, Ward Schraeder, focused on decorating big properties in Kansas City. Day and her dad have worked on HGTV's Bargain Mansions and the two great homes with greater histories.

While Tamara was busy focusing on the full-time home renovations since the mid-1980s, Bill is engaged in finance. He is the partner and co-owner at Integrated Wealth Advisory Service Inc. Bill's company helps people create asset management plans.

Bill is more involved in the medical field as he tends to advise professionals. Moreover, he motivates medical practices with retirement ideas. Besides his appearance on the show, Mr. Day is a die-hard fan of Kansas City Chief's Football.

Tamara Day met her partner a year before the wedding. She married him in 2001 after dating a year.

Henry Day is the first child of Bill Day and Tamara Day. Henry was born in 2--4 and had two siblings.

Bobby Day is the second child of Bill Day and Tamara Day. Bobby has two brothers, Thomas and Henry.

Thomas Day is the youngest child of Bill Day and Tamara Day. Thomas has two brothers Henry and Bobby,

Eleanor Nora Day is the youngest child of Bill Day with Tamara Day. Eleanor has three elder siblings, She is ten years old.