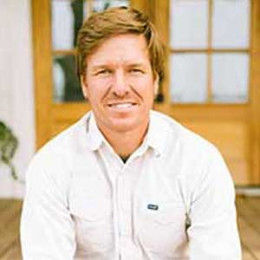 Chip Gaines is the owner of Magnolia Homes in Waco. He is best known for his HGTV show, 'Fixer Upper' alongside his wife, Joanna Gaines. As owners of Magnolia Homes in Waco, Texas, he has been remodeling, flipping and fixing up homes together with his wife. The couple is altogether a parent of five children. They recently welcomed their fifth child named Crew.

HGTV's Fixer Upper Star, Chip Gaines was born on 14th November 1974  in Albuquerque, New Mexico and raised in Dallas. Though his birthplace was Mexico, he holds American nationality and belongs to the White-American ethnicity.

In 1998, Chip graduated with a marketing degree from Baylor University's Hankamer School of Business. After completing his education, he handles his family business.

Chip Gaines is a co-founder and manager of the construction and realty side of Magnolia' where his wife Joanna Gaines also worked along with him.

Gaines has an experience of fifteen years in this field and has remodeled the hundreds of homes in the Waco-area. He runs a reality television series Fixer Upper which was telecast on HGTV with his wife. 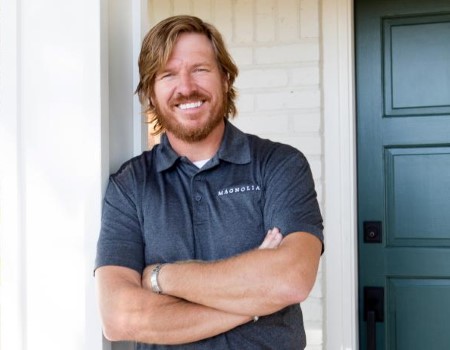 Gaines design preference belongs to “what his wife likes,” and he always comes up with a “creative solution” which saves the day. He believes his wife make suggestion helps him to convert the impossible things into a possible way.

Gaines and his wife have been remodeling and fixing up homes together for twelve years and worked on more than 100 homes.

The couple together has recently launched a product called Hearth and Hand line with Magnolia Brand. The brand went on sale on November 04, 2017, the collection includes more than 300 items. It includes throwing pillows, tote bags, gift wrap, and vases & drinkware matching to family pajamas sets. Most of the items range under $30.

Gaines is a married man and has five children. He and his wife both are known as the hosts of HGTV’s Fixer Upper. The couple knew each other while both graduating Baylor University and like all of their projects, fate played a role in bringing them together. 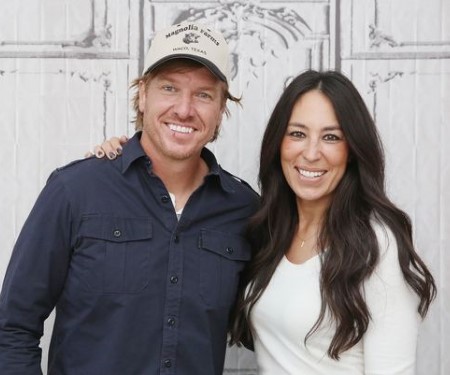 The well-known businessman married Joanna Gaines, a businesswoman and reality TV star since 2003. The couple attended the same university (Baylor University), but at that time they didn't know each other.

The duo first came to know one another when Chip visited Joanna's family shop. But before their official meeting, Chip saw his now-wife in a photo.

Thank you for calling @magnolia, how can I help you? #GuestServices

In July 2019, his wife Joanna posted a video of their youngest baby Crew where he took his first walk.

Gaines' childhood dream was to be a baseball player or politician, but as he grew up, he became more interested in the construction business and pursued her career on it. Chip along his wife run a business named Magnolia Reality and Magnolia Homes.

The couple shares good chemistry on-screen and off-screen. Their separation is out of a picture. By preserving and highlighting the character of each home, Chip keeps things original.

The pair officially opened a restaurant named Magnolia Table on February 26, 2018. Chip's wife recently brought their son, Crew in the office. Joanna even shared a picture in which she stated him as the future CEO of the company.

Gaines' net worth is nearly $9 million and his wife, Joanna Gaines also has a similar net worth to him. The couple has earned a big chunk of the net worth from their hit program, Fixer Upper, as it earns $30,000 per episode.

The couple has worked on more than 100 homes. The people who purchase their homes have a budget of around $200,000 and are willing to pay $30,000 for renovations. After working for years on one of the famous show on HGTV, ''Fixer Upper,'' they finally decided to walk out the show.

For more interesting Biographies you may visit Marriedwiki.com/wiki!!!

Joanna Gaines is widely known for being the host of HGTV’s Fixer Upper, where she appear alongside with her husband. She is married with Chip since 2003.

Chip Gaines tied the knot with his girlfriend Joanna Gaines in 2003. The couple is altogether a parent of five children.

Drake is the first child of Chip and Joanna Gaines. He lived with his family. He has three siblings.

She is the first daughter of Chip and his wife. She has on elder brother and two younger siblings.

Duke is the youngest son of Chip and he is believed to be good looking as his father. He was raised along with his three siblings.

Emmie Kay is the youngest child of Chip Gaines. She is pretty as her mother and lived with her parents and siblings.