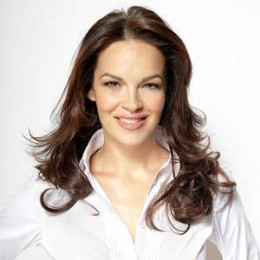 Tammy Blanchard is a famous American actress widely recognized for portraying teenage girl Judy Garland in the television movie Life with Judy Garland: Me and My Shadows. She is popular for her performances in the movies Moneyball and The Good Shepherd. Tammy is a mother of baby girl Ava Jean Blanchard but, information about her biological father is unknown. There is no record of her past affairs or relationships. She loves her privacy and keeps her personal life away from the media.

An Emmy Award winner Tammy Blanchard was born on December 14, 1976, in Bayonne, New Jersey, United States. She was raised along with her two brother's William and Thomas by her parents William Blanchard and mother Patricia Blanchard. She holds American nationality and belongs to white ethnicity. Blanchard early childhood was full of struggle as her parents got divorced and her mother had to look after the children all by herself. Her father died of cancer and AIDS in 1998. However the information about the gorgeous actress Tammy Blanchard's educational background has not been shared with the media.

Charismatic Tammy made her career debut from soap opera “Guiding Light” in 1997 where she played the character of a spoiled rich girl Drew Jacobs. Over the years, her roles in television shows started to rise, and now she has become one of the most popular actresses in Hollywood industry.

In 2003, She made her successful Broadway debut as Louise in the revival of Gypsy: A Musical Fable. Tammy received Tony Award and a Theatre World Award for her work in this musical. After her success, she played in the number of movies and television series Such as We Were the Mulvaneys, When Angels Come to Town, Bella, The Ramen Girl, Deadline and so on. Her performances in movies was well praised by all her fans and critics

40 years old Tammy Blanchard is very private about her love affairs and marital status. There is no evidence about her married life and her past relationships. She was once caught being accompanied by a guy but that doesn't really prove that she has a boyfriend. However, she has a daughter Ava Jean Blanchard which suggests that she may be a married woman but information about her husband has not been revealed yet.

As of 2017, her current estimated net worth is around $2 million.

Ava Jean is the daughter of Tammy but her father's name has not been revealed yet.