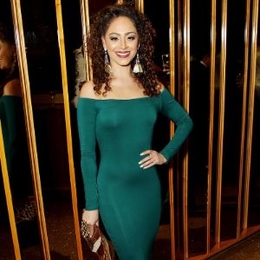 Famous for playing Annie Valdez in Netflix's original series, Orange Is the New Black, Tanairi Sade Vazquez is an American film and television actress who came to limelight after playing in the series. Starting her career in 2013, Vazquez managed to make a well-recognized name for herself in a short time.

Tanairi Sade Vazquez Personal Life: Who Is She Dating?

Tanairi Sade Vazquez is currently dating the Broadway star, Brandon Dixon. Although Vazquez and Dixon have been together for a long, they rarely give public apperance. 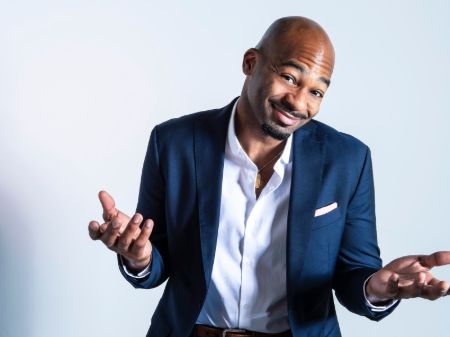 Vazquez and Tanairi started their love life in 2017. The duo met for the first time during on the set of Law & Order where both of them featured. They used to spend a lot of time together on the set and later eventually started dating after getting to know each other quite well.

Everything about the duo's relationship was under the wrap until Brandon posted a photo on his Instagram with a catchy caption that disclosed their love life.

Had a wonderful time @stcloudnyc last night with my girl @tanavazq13 and the @hamiltonmusical family to celebrate my final show. Thanks for all the luv! #martini #playwithtime #hamilton

Tanairi is currently on th third year of her relationship with Brandon. Despite the fact that the couple is sharing a romantic relationship, they don't' like to show off their relationship in the media and lives utmost secret life.

Besides her relationship with Brandon, Vazquez also had her name hooked with Richard Gallagher in the past. Gallagher and Vazquez played together in the TV series, Orange Is the New Black. The rumored couple used to spend a lot of time and were reportedly having a secret relationship, however, no confirmation was made.

Tanairi Sade Vazquez possesses a net worth of $500 thousand. Vazquez gathered her fortune from her career as an actress. She played in a number of movies and TV series where she generated pleasing prosperity.

Don't Miss: What Is Amber Gill Net Worth?

Vazquez earns most of her fortune as a television actress. She played recurring roles in several TV series such as Smash, Orange Is the New Black, A Luv Tale, Fosse/Verdon to name few. Moreover, she earns $20 thousand to $40 thousand per episode from the series she features in.

Watch: Tanairi Sade Vazquez in Orange Is the New Black

The actress is currently working on the upcoming movies, West Side Story where she is playing notable roles. Sade also has several other upcoming projects through which she certainly will earn impressive prosperity.

Each time a woman stands up for herself, she stands up for all women. With that being said, I believe in women making their own decisions over their bodies PERIOD!!! I am all the way Pro Choice! • • • #happyfriday #standupforwhatyoubelievein #prochoice #mybody #mytemple #mychoice #myvoice #latina #noquestion