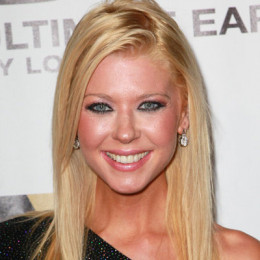 Tara Reid is a popular American actress and model best known for her roles on television shows such as Days of Our Lives, California Dreams and many more.

Tara Reid is possibly Single as of now but previously, she dated several known personalities from entertainment and sports. She first dated Carson Daly in 2002 and split apart. Then she was in a romantic affair with Tom Brady, football player Jeremy Shockey, and fashion designer Trace Ayala but none of her relationship achieved a goal.

More to that, Reid also linked up with footballer Kyle Boller, hockey player Sergei Fedorov, and many other popular faces.

Tara Reid holds a net worth of $2 million from her career as an actress.

Tara Reid was born on November 8, 1975, in Wyckoff, New Jersey, the United States. Her father name is Tom Reid and mother name is Donna Reid, both of them were teachers and daycare center, owners. She attended Ramapo High School, John F. Kennedy High School located in Granada Hills. She graduated from the Barnstable Academy.