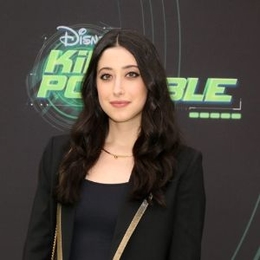 Taylor Ortega is an American actress and standup comedian based in New York who is best known for her works on movies such as Kim Possible and Succession. As for television, her well-known work is in Welcome to Flatch. She is also a voice actress.

What is Taylor Ortega's Sexuality? Is She in a Relationship With Someone?

To everyone wondering about Taylor Ortega's sexuality, she identifies herself as a queer and is open about it. As per GCN, she came out as a queer publicly in November 2019.

As for her relationship status, she is not single and is in a romance with her girlfriend, Nikki Palumbo. Like herself, her partner Nikki is also a comedian and a T.V. writer too. 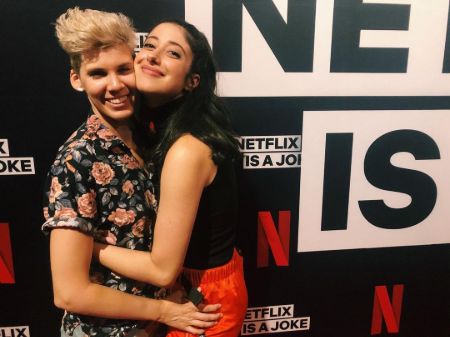 Taylor Ortega is in a relationship with her partner Nikki Palumbo for a long time now.
SOURCE: Taylor Ortega's Instagram (@taylortega)

It is not learned when the two began dating, but it seems like it's been a good couple of years into their love life. The duo appears to get along well, and they both flaunt pictures and videos of their lovey-dovey in their respective Instagram accounts.

Most of the time, the Kim Possible actress remains occupied with her acting job. She enjoys her spare time traveling and having fun with her family and friends. 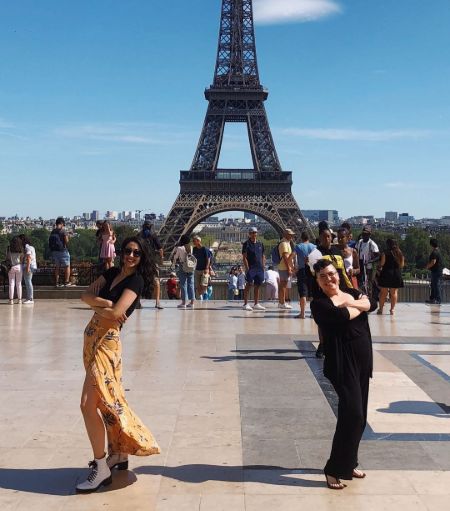 Taylor gives insight into her private life by uploading pictures and videos on her Instagram. She is enjoying her life to the fullest.

Taylor Ortega's Net Worth And Works

The 1.78 meters tall lady is a well-known figure in New York City, and surely she earns more than the average payroll from her work.

In a short time, Taylor has shown her versatility as an actress and comedian. For someone who began her acting career a couple of years ago, she has 19 credits already.

Most notably, fans know her from the Disney Channel feature film "Kim Possible" where she played the character of Shego. Likewise, she starred alongside Sadie Stanley, Sean Giambrone, and Christy Carlson Romano in the action-adventure film.

On the small screen, her renowned work was in the Fox docu-comedy series "Welcome to Flatch." She portrayed the character of Nadine and appeared alongside Chelsea Holmes, Sam Straley, Seann William Scott, Aya Cash, and William Tokarsky.

As for her comedy career, people can also catch the talented lady live at UCB, where she performs with the weekend house team "What I Did For Lover."

Check out the clip of  Taylor Ortega doing musical comedy!