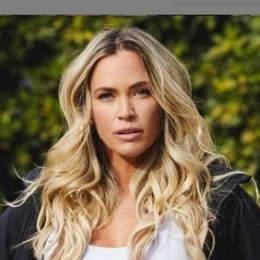 Teddi Mellencamp Arroyave is an American reality television show personality, actress, fitness trainer, and model who came to prominence after her presence on the reality show 'The Real Housewives of the Beverly Hills' as the new addition cast to the show's season eight.

Teddi Mellencamp is happily married to her boyfriend turned husband Edwin Arroyave, CEO and founder of Skyline Security Management Inc. The pair met for the first time at a nightclub, and the couple hit off instantly. Their relationship blossomed into a rock-solid bond, and the two walked down the aisle on July 7, 2011, in France. 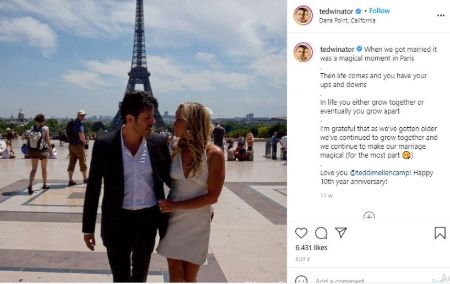 Not to mention, Teddi also spilled the bean on their eccentric love story on the debut episode of The RHOBH. The madly in love couple also celebrated a new milestone together. With her husband Edwin, Teddi Mellencamp marked their 10th wedding anniversary with a heartful tribute on Instagram.

Before Edwin, Teddi previously tied the knot to Matthew Robertson on June 3, 2006, in Bloomington, Indiana, at her father's property. Mrs. Mellencamp met her first spouse, Matthew, on a blind date in 2006. But Robertson and Teddi divorced in 2009, citing communication issues & irreconcilable differences.

Who are the Children of Teddi Mellencamp? 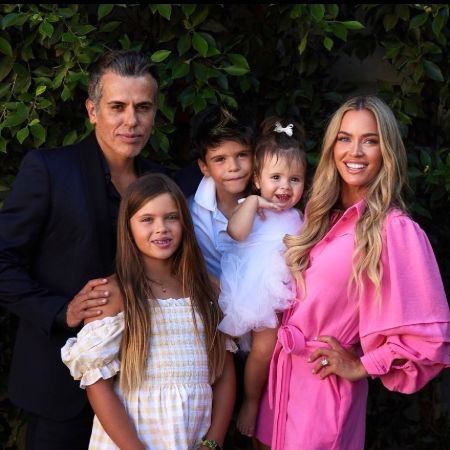 After the arrival of Slate, Teddi faced several fertility complications and a few miscarriages. So, later Teddi opted for the IVF process to conceive. Teddi then welcomed her son Cruz Arroyave on August 21, 2014. The family got blessed with second daughter Dove Arroyave on February 25, 2020.

Moving on, Teddi took to her Instagram in 2020 to share the unfortunate news that Dove suffers from a rare type of non-syndromic craniosynostosis called Lamboid Craniosynostosis. The condition causes premature fusion/ closure of bones at the back of the baby's skull. 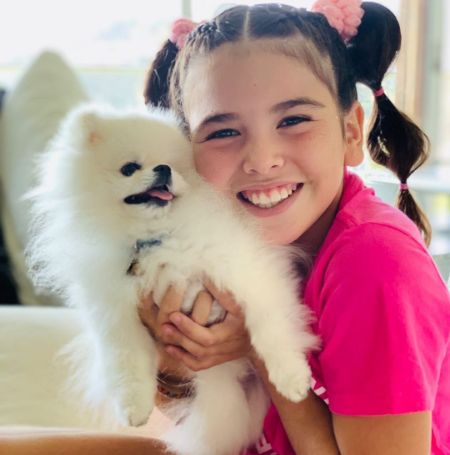 The daughter of Teddi Mellencamp wished her stepdaughter Isabella on her 11th birthday. SOURCE: Instagram (teddimellencamp)

The parent of Dove remained in constant contact with their doctors as Dove needed to undergo neurosurgery. What's more, Teddi doesnt miss a single chance to shower love on the teenage girl named Isabella Arroyave. Teddi, infact, is doing an excellent job as the stepmother to Isabella, who is her spouse's daughter from his past marriage.

Teddi Mellencamp is vocal about not being the biggest fan of her father's work. Instead of following in her father's footsteps, she focused on making a name for herself. At the age of 17 years old, Teddi moved to Los Angeles. There, Teddi began pursuing an acting career while working the mailrooms at UTA & CAA.

Here's the video of Teddi Mellencamp's starring for the Bravo show.

Later on, in 2017, Mellencamp began her journey in the television industry with season 8 of the infamous reality TV show, The Real Housewives of Beverly Hills. Mellencamp was the show's main lead alongside Lisa Vanderpump, Kyle Richards, Yolanda Hadid, and Eileen Davidson.

Once, Teddi made media headline after being thrashed by alleged former clients of her accountability coaching company. The customer claimed she offered clients different packages, with the most expensive one costing $600 a month.

Teddi Mellencamp earns money as an in-demand accountability coach and fitness influencer whose thriving business is ALL IN. The lady also pocketed $100,000 per season at her exit from the show in September 2020.

Be that as it may, Teddi purchased multi-mansion of RHOBH castmate Megan Ellison's Beverly Hills for $4.07 million in January 2018. Previously, Mellencamp sold her L.A home for $3.2 million. The networth of Teddi is estimated to be $6 million.

Matthew Robertson is the first husband of Teddi Mellencamp Arroyave. They parted their ways after three years of marriage.

Edwin Arroyave is the second and current husband of Teddi Mellencamp. They are proud of four adorable kids.

Slate Arroyave is the first child, a daughter of Teddi Mellencamp & her spouse Edwin Arroyave.

Cruz Arroyave is the second child, a son of Teddi Mellencamp & her spouse Edwin Arroyave.