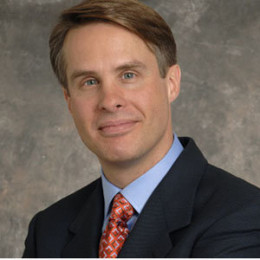 An American journalist, Terence Patrick Moran is formerly the co-anchor of the ABC-TV network news show Nightline. In 2013, he was named ABC News Chief Foreign Correspondent, based in London. He graduated from Lawrence University in 1982. He formerly worked as a correspondent and anchor for Court TV from 1990 through 1997 and then joined ABC news. Moran has had pieces published in, The New York Times, The Washington Post, The American Lawyer, The New Republic and others.

She was a Washington-based linguist who landed a job at Elle magazine in 2008 by winning the CW reality TV show “Stylista.” The London-based couple has a daughter and a son. Although a source report confirmed the engagement, there’s no word yet on their wedding plans.

Morgan earns a decent salary from his broadcasting career.

He started working on ABC News in 1997. He received a Peabody Award for reporting ABC documentary "Out of Control: AIDS in Black America." Salary of a journalist on ABC news ranges from $71,564-$78,662.

Terence Patrick Moran was born on 9 December 1959in Chicago, Illinois.

He completed graduation from Lawrence University in 1982.

In 2013, he became the ABC News Chief Foreign Correspondent based in London.

He was previously married to Karen Moran. There is no more details about their married date and when they moved apart.