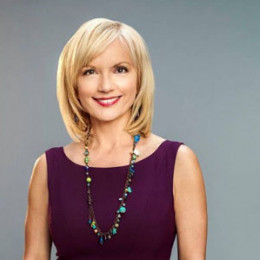 Canadian actress Teryl Rothery is famous for her role as Dr. Janet Fraiser in Stargate SG-1. She makes a good amount of net worth and salary from her career. As of now, the star is single.

Teryl Rothery is neither married nor dating anyone as of 2019. The star previously was engaged to her ex-partner turns fiance Carl Kumpera which she revealed via Twitter.

For those who don't know, my fiancé is Carl Kumpera. @caboman2012 And thank you for all the kind words and congrats. Xo

The star moreover is the mother of Londyn Jean Alana Abrahams-Rothery, born on 3rd October 2008.

This just made me laugh.

The couple could not continue the relationship and broke up soon. Following the separation, she remained single.

Teryl Rothery has the net worth of around $3 million. She makes the amount from her career as an actress.

Teryl Rothery was born on 9th November 1962 in Canada. She is Canadain and belongs to White ethnicity.

Rothery moreover began her dancing career at the age of thirteen, she danced for a music Bye Bye Birdie. Teryl is best known for her starring role of Dr. Janet Fraiser on Stargate SG-1, she played from the show's beginning in 1997 through 2004.

Rothery has appeared in much other sci-fi series, including The X-Files, The Outer Limits, First Wave, Stargate SG-1 and much more. Rothery has acted in theater in her native Vancouver — appearing in Kiss Me, Kate and The Taming of the Shrew. Rothery has been nominated for four Leo Awards.

Teryl Rothery has a daughter named Londyn Jean Alana Abrahams-Rothery, she was born on 3rd October 2008.