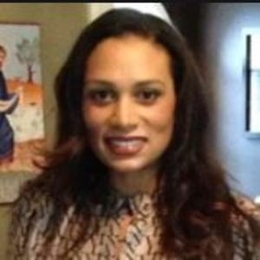 Theodora Holmes is best known for her marital relationship with former NFL hero Troy Polamalu. Both Theodora and her husband attended USC.

Theodora Holmes is the reason why Troy Polamalu retired from football in 2015 as he wanted to spend the rest of his life dedicated to his wife and two young children. And, Theodora and her husband have been married since 2005. 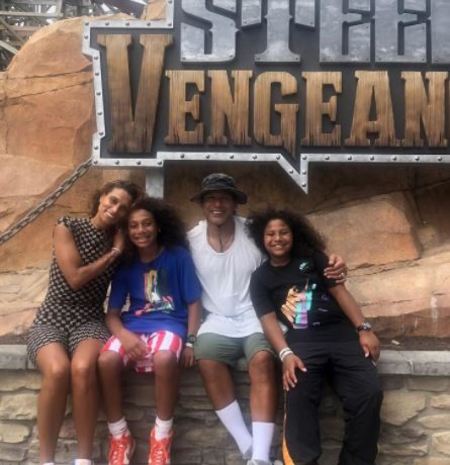 Theodora is indeed the OG supporter of her husband who has been by his side since his early career. More than fifteen years later, Theodora and Troy are still standing strong with their marriage.

In addition to Holmes' marriage, she shares two sons with Troy, namely Paisios Polamalu and Ephraim Polamalu. Both their son is named after Saint Paisios the Great of Egypt and Saint Ephraim the Syrian, two ancient Christian religious leaders and writers. Not to mention, the sons of Theo and Troy have noticeably inherited the hair of their father.

Their faith is indeed one of the many reasons that make Theo's bonding and marriage with Troy stronger and special. But, how did love spark between Theodore and Troy? Well, Theo met Troy via her two athlete brothers. 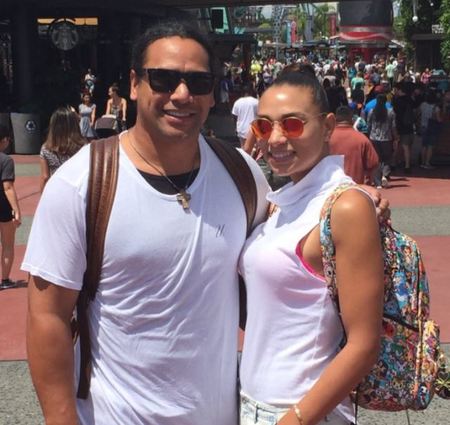 Troy Polamalu and his college sweetheart Theodora Holmes have been married since 2005. SOURCE: Instagram (tpolamalu)

Not to let it go, her husband even asked her brother for permission before asking her out on a date. Aw. Likewise, the rest is a history between Theo and the love of her life.

Career & Net Worth of Theodora Holmes

While the husband of Theodora Holmes is a well-known American footballer, there is little known about his wife's career and profession which is because she keeps her life as secretive as possible from the media. Thus it's safe to say, Holmes hates public attention and privacy intrusion.

On the other hand, her husband Troy Polamalu contributed his whole football career to Pittsburgh Steelers, from 2003 & before retiring in 2015. Not to mention, Holmes' husband bags a net worth of over $40 million.

No wonder, Polamalu was able to buy his wife and children a mansion worth $9 million in San Diego where the couple currently lives. Before, buying their Spanish-style home in 2018, Theo and Troy previously lived in La Jolla but sold their old house for $2.5 million.

Paisios Polamalu is one of the sons of Theodora Holmes and her footballer husband Troy Polamalu.

Ephraim Polamalu is the youngest son of Theodora Holmes. He is the nephew of footballer Alex Holmes.