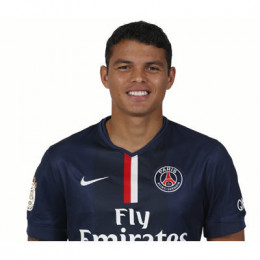 Thiago Emiliano da Silva is a professional Brazilian football player who plays for Paris Saint-Germain which is a Ligue 1 club and the Brazilian national team as a central defender. He is commonly known as Thaigo Silva and is considered one of the best and incredibly talented defender in the world. At the young age he was trained with Fluminense. and played for state club RS Futebal as part of a small professional contract in Brazil.

He is in relationship with his girlfriend who is a Brazilian Soccer player. He has been with his girlfriend for a long time but yet he is not married to her. They are often spotted together in various tournaments and functions. He has earned several prestigious awards such as Team of the year championship (2011, 2012, 2013), Golden Samba 2011. He is one of the highest paid footballer in the world with the net worth of 145 million$