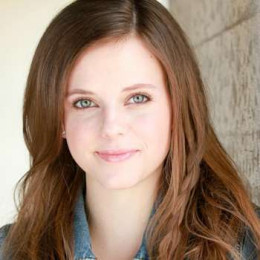 American singer and songwriter Tiffany Lynn Alvord has been cited as the YouTube's first home-grown celebrities. She has over 500 million video views and over 2.7 million subscribers, making her channel the top 50 subscribed music channel on You Tube. She is the daughter of Cherie Alvord, who works as her manager. She is the second youngest of seven siblings, having six brothers. She published her first song on YouTube at the age of 15. Alvord's career include several live music performance, in the US and other countries of the world, performing both original and cover songs performed on YouTube. Her popular music album includes 'I Have Got It Covered', 'My Dreams' and My Heart Is'.

She is currently linked to a guy named Tanner Patrick. They both are known for their covers of today's most popular hits. They both have toured many countries together for musical concerts and wowed their fans with engaging acts during their well-attended concerts. They have worked together in many songs and Tanner also has millions of subscriber on YouTube. Having the same dream, the same profession the cute couple seems as if they were made for each other. We can read her tweets @tiffanyalvord.