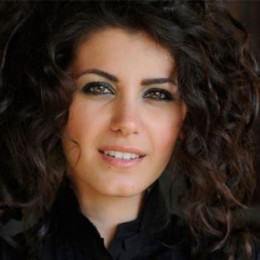 Tiffany Brissette is a famous American former child actress better known for portraying the role of V.I.C.I the Robot on the American television series 'Small Wonder'. In addition, the actress is also famous for her roles in Equal Justice and The Adventure of Teddy Ruxpin. Currently, she is working as a registered nurse at Boulder Community Hospital.

Tiffany Brissette Personal Life; Is She Dating Someone?

Tiffany is probably married or romantically linked to the love of her life but she prefers to keep her private life low key. To date, the famous young child actress is free of rumors regarding dating or having a boyfriend.

Despite being 45 years of age the star seems career-oriented and prefers not to disclose her relationship status and love life to anyone openly. Brissette is active on social media like Instagram but neither of her picture hints she has someone special in her life.

As of April 2020, Brissette is focused on humanitarian works for the welfare of needy people around the world. She is engaged with a club, Variety Club telethon which helps aid and services to the disabled children of the society.

The child actor also kept her past affairs behind the bars. She has never been spotted with anyone suspicious outside the reel. She seems to have a clean sheet when it comes to being in the relationship.

Her socials are showered with the pictures of either cats or her character in Small Wonders. Regardless of all, she has several fan pages on Instagram which are currently inactive.

Tiffany Brissette is estimated to have a net worth of $1 Million. She portrayed many roles starting from the early age of her career from which she must have collected a good sum of money.

You May Also, See: Bryce Gheisar's Net Worth & Personal Lifestyle

Brissette also worked with various products throughout her career. She is the face for popular products like Care Bears, IBM, Kidco Toys, Beatrice Foods and many more. Additionally, by these products, she collected much money.

Tiffany Brissette in a photoshoot.

Tiffany Brissette worked in the film industry starting from the age of 8 then there was no turning back for her. She first debuted in 1983, portraying the role of Little Shirley in the movie Heart Like a Wheel. Further, she performed in some other movies like Equal Justice and The Adventure of Teddy Ruxpin.

Tiffany also worked in the blockbuster TV series, Small Wonders as a lead actress. She garnered love and support from the fans and acted in 96 episodes of the series. She must have been paid a big amount of money as the series was successful at the television network.

A famous actor is also an active person in social work. She is a member of the club named Variety Club Telethon, Des Moines, and Lowa. Moreover, the club helps the sick and ill children to recover.

Tiffany Brissette was born on 26 December 1974 in Paradise, California with Capricorn zodiac sign. She holds an American nationality and is of white ethnicity. In addition, the child actor finished her bachelor's degree in psychology from Westmont College.

Tiffany started acting at the early age of 2 years. She participated in many competitions which helped her to grow her career. Further, she started working in many commercial appearances.