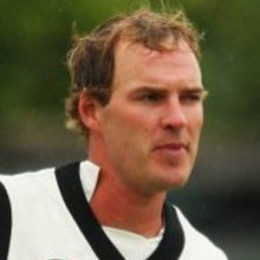 Tim McIntosh (35) is a tall, left-hand opening batsman who enjoyed a tremendous career in New Zealand domestic cricket. In a career spanning 15 years, which ended towards the back-end of the 2013/14 season, McIntosh played 184 matches scoring 8,714 runs at 33.39, a tally that included 22 centuries, 41 fifties and highest score of 268. Courtesy of his domestic exploits, McIntosh spent 3 years (2008-11) in the New Zealand Test side. He struck 854 runs at 27.54, with highlights being his two Test centuries against the West Indies (136) and India (102). Despite his century in the latter and 49 in the second innings, the 2nd Test against the touring Indians was to be one of his last, playing a further two matches before losing his place to Auckland team-mate Martin Guptill. Nevertheless, McIntosh can be proud of his acheivements, with 17 test matches and one of most enviable first-class records in New Zealand history. He scored 7,169 runs at 34.13 with 19 hundreds and 33 fifties - one of the best conversion rates in New Zealand first-class history. He had a penchant for big-scores, reaching the double hundred mark on two occasions with a highest score of 268. During his career, McIntosh was though pigeon-holed as a red-ball batsman, playing 131 first-class, but only 53 List-A matches. Nevertheless, in 2010/11, his 5 one-day innings yielded 313 runs at 78.25, including a career-best 161 and, in 2013/14 he averaged 48.75 in the Ford Trophy Competition. McIntosh has also excelled during five seasons abroad, namely for Greenock in Scotland (2007-08) and Sleaford in Lincolnshire (2013-15). For Greenock, in the Scottish top flight, he guided his club to the league title in his opening season scoring 712 runs at 64.73 alongside 19 wickets at 18.84. He finished second on the run charts to Australian batsman George Bailey. On his return, he churned out another 821 runs at 63.15, placing him third on the charts behind internationals Ed Cowan (Australia) and Matt Horne (New Zealand). He also picked up 17 wickets at 19.57 for good measure. Over the past three seasons, McIntosh has been the absolute stand-out in the Lincolnshire County Board Premier League. Playing for Sleaford, he helped the club to a maiden Premier League title in 2013 (1,203 runs at 109.36 and 18 wickets at 28.67) and top-end finishes in 2014 (4th) an 2015 (2nd). In 75 matches for Sleaford, the former Blackcap scored 4,552 runs at 94.83 including 15 centuries. In the ECB Premier League itself, he's topped the run charts by a distance over the past three seasons scoring 3,698 runs at 97.32 with 13 centuries. With the ball, his off-spin has also been useful, taking 78 wickets at 20.45, with a season-best of 52 wickets at 15.73 in 2014. McIntosh has clearly been one of UK league crickets best performing batting professionals in recent years. He has excelled, in-particular for Sleaford over the past three years, chalking up well over 1,000 runs per season averaging a Bradman-esq 97.32. He has been largely responsible for Sleaford's transformation as a middle-table side, to genuine title contenders. The run machine is now though, considering his options for the 2016 season. He no longer qualifies for a Tier 5 visa, given the lack of recent first-class matches, so should he return, it will be on a sports visitors visa. Clearly given his reputation, he would be a brilliant overseas signing for any club in 2016, should he decide to return to Northern shores.

Timothy Gavin McIntosh is a very honest man and a cricketer. Throughtout his cricketing career there were no controversy that he was involved in. He was one of the most renowned player representing his country and was considered a crown jewel amongst his team mates. McIntosh can be proud of his acheivements, with 17 test matches and one of most enviable first-class records in New Zealand history. He scored 7,169 runs at 34.13 with 19 hundreds and 33 fifties - one of the best conversion rates in New Zealand first-class history. He had a penchant for big-scores, reaching the double hundred mark on two occasions with a highest score of 268.