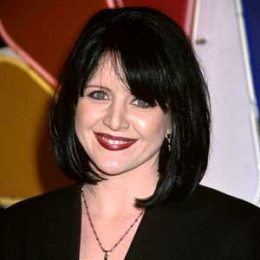 An actress and singer, Tina Yothers is well known for her role as Jennifer Keaton on the hit NBC series 'Family Ties'. She is popular for her roles in many television films throughout the 1980s and early 1990s including The Cherokee Trail, Crash Course, and Spunk: The Tonya Harding Story. She debuted as a child actress and entered the limelight when she was just three years old through appearing in many TV advertisements. She was seen in commercials for McDonald's, Bell Telephone as well as Doritos.

Her father, Robert Yothers, was a television producer. She has three brothers, Jeffrey, Randy who was in Return from Witch Mountain and Cory who performed in many films and television shows throughout the early 1980s, often credited as "Bumper" Yothers.

Growing up in a family with the entertainment industry, she started her acting career at the age of three appearing in commercials.

Tina Yothers 's first cinema role was in the 1981 television movie 'The Cherokee Trail.' She also appeared in the 1982 feature film 'Shoot the Moon'. Her most remarkable character was as Jennifer Keaton, in the television comedy 'Family Ties' from 1982 to 1989.

She is also an author of the book named 'Being Your Best: Tina Yothers's Guide for Girls '. Also formed the band 'Jaded with her brother Cory'. In 1998, Jaded released their self-titled CD, co-written by Cory Yothers, Michael Anderson.

Yothers also sang a cover of 'The Raes' song entitled "Baby I'm Back in Love Again," later recorded in a 'Family Ties' episode "Band on the Run."

After a nine-year absence from acting, Yothers was given the lead role in 'Lovelace the Musical,' a 2004 stage show based on the life of former pornographic movie star Linda Lovelace.

Yothers was part of the fourth season of the VH1 reality television show 'Celebrity Fit Club,' on 6th August 2006. On 17th January 2012, she featured on the ABC show 'Celebrity Wife Swap,' traded places with Niecy Nash of Reno 911!.

In February 2013, Yothers appeared on an episode of the TLC series 'What Not To Wear.'

In 1985 she won Young Artist Awards in a category of Best Young Supporting Actress in a Television Comedy Series for: "Family Ties."

Tina's strong dedication and hardworking earned her a net worth of around $2 million dollars.

Tina Yothers married an electrician, Robert Kaiser, in 2002.The couple is blessed with two beautiful children.

Her daughter Lillian Grace 'Lilly' was born in October 2005.