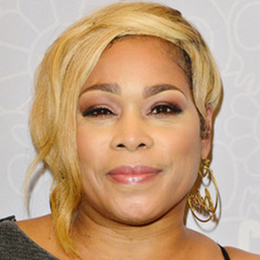 Tionne Watkins aka T-Boz came to prominence as the lead singer of girl-group TLC and she has won five Grammy out of which four for her work with the band and one as a solo artist. Besides music, she also established herself as an actress and appeared in several filmographies.

Tionne Watkins prefers to stay single after a tragic divorced with her husband Mack 10. More to that, she chooses to raise her two children as a single mother.

Tionne Watkins was married to her then-husband, Mack 10 on August 19, 2000. The same year, the couple welcomed their daughter, Chase Anela Rolison who was born "prematurely" on October 20. 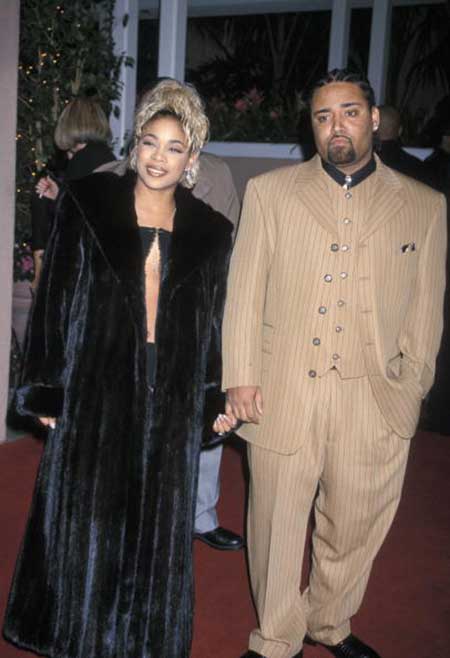 Tionne Watkins with her ex-husband, Mack 10.

The duo, however, failed to handle their married life and Tionne filed for divorce on June 2004. Moreover, she requested a restraining order against Mack 10 and claimed he threatened to kill her. She also asked full custody to her daughter, who was 3-year-old at that time. Finally, the divorce finalized on November 12, 2004, after five months of filing.

In November 2012, Tionne moved to  Los Angeles, California with her daughter so that Chase can be closer to her father.

As of now, the singer is enjoying her single mother life raising her two kids. In June 2016 she adopted a 10-month-old son named Chance.

Tionne often shares her children pictures on her Instagram and never forget to mention herself as a proud mother. Currently, her daughter, Chase completed her graduation. The three makes a happy family with lots of love and affection.

Tionne Watkins is one of the bravest singers we ever have because she not only battled with one dangerous disease but overcome with two deadly diseases like sickle cell anemia and Brain Tumor.

Tionne was diagnosed with sickle cell anemia at the age of 7 and opened up to the public in 1996 about her diseases. Later, she became one of the spokespersons for the Sickle Cell Disease Association of America.

#WorlSickleCellDay I Pray Any And Everyone Afflicted With This Disease Has Strength... Faith... Endurance...Lots of Healthy Days....AND HEALING FOR ALL OF US #tboz #tbeezy #tlc

In an interview, Watkins stated, she was told that she wouldn't live past 30, that she couldn't have children and that she'd be disabled her entire life. However, she proved her doctor wrong twice and not only she lives past 30-year-old but also gave birth to her beautiful celebrity child, Chase.

But, the singer faces many complications post her pregnancy, she fell into a coma and spent three days unconscious in the ICU after she breastfeeds her newborn.

In 2006, Tionne Watkins was diagnosed with a deadly brain tumor which affected her sight, balance, hearing, and facial movement. She only revealed her tumor in 2009 and stated, many physicians refused to remove the tumor due to her sickle-cell-related complications but she finally found a surgeon willing to take the risk.

Watkins underwent sucessful surgery at Cedars-Sinai Hospital in Los Angeles, save a 3% loss of hearing in her right ear and paralysis on the right side of her face. Later, she spent more than three years in rehab after the surgery.

Tionne Watkins is one of the prominent singer, songwriter, dancer, actress, and author. She faces many ups and downs financially and later settled.

Net Worth and Bankruptcy

Tionne has a net worth of $500,000. She isn't active in the music industry since 2012, but she made a good sum from concerts and musical shows. Moreover, she also made a decent sum from her previous musical royalties.

Back in February 2011, Watkins filed for bankruptcy. In an episode of the Reelz Tv series, ''Broke & Famous'' entertainment reporter Viviana Vigil stated, the musician has $1 million in debt to various creditors. Further, she claimed, Watkins monthly income is $12,000, of which around $1200 is music royalties. 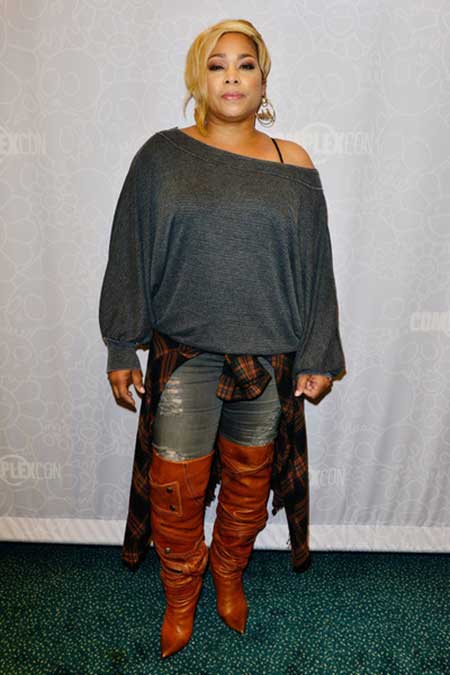 In My #PleasurePrincipal Voice Ta Ta Ta TaBoneeeee Yes I GotA lot U Sing My Friend Who Works With #JanetJackson Would Always Sing That To Me!!!! Bcuz They Know That’s My Favorite @janetjackson Song ☺️#tboz #tbeezy #tlc

Chase Anela Rolison was born on October 20, 2002. She has a brother, Chance is adopted.