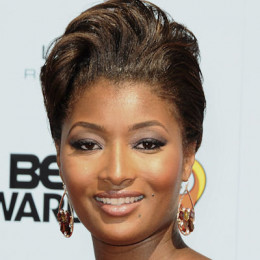 An American fashion model,actress,singer as well as television personality who is best known as beauty pageant who took part on the third season of UPN's America's Next Top Model and came seventh place. She attended Stivers School for the Arts in Dayton.She did major in theater and dance. She has already modeled for many popular companies like Ashley Stewart, Avon,Torrid, New York and Company, Target,Essence magazine,Vibe magazine and Smooth.

There was great rumor surrounding media that she reduced her breast while she was competing for America's Next Top Model. Regarding her marital status she is not married but she is in relationship. She interviewed in the media that she has until now dated 3 celebrities including her current boy but she didn't disclosed all their names. She has not been biological mother nor she has adopted.