Beautiful Actress Toccara Jones is secretly Dating: Know about her Boyfriend and Relationship

Gorgeous actress and model Toccara is very secretive regarding her personal affair at present. She is most probably linked with Jason Newsome whom she met in a reality show in 2011.

American television personality Toccara Jones is living an amazing professional life either as an actor, model or singer. She's been entertaining her followers with her talent for a decade.

The success story of an individual often makes fans curious on their personal life. She is rumored to be dating Jason Newsome.

The couple spotted together in the year 2011 and are thought to be together ever since. Let's know whether Jason is the guy in her life or not!!!!!

As per some sources, Toccara is in a relationship with Jason ever since she met him in a reality show.

Their chemistry on the show was clearly visible and people started speculating their relationship.

Every now and then

They maintained their romantic life even after the show was over. Jason stated in an interview with Hello Beautiful in 2013,

"We are still dating. During the show, you really don’t have a chance to get to know anyone. It wasn’t until after the show that we began to truly get to know each other. We have a lot in common, so its easy to maintain a relationship with her."

In addition to that, Toccara also left no chance to talk about her boyfriend Jason.

If we are not fully ourselves, truly in the present moment, we miss everything - @bebeautifulla -

The couple is speculated to be together as no news regarding their split hit the media. Here's America's Next Top Model Toccara Jones in an interview on Reality Obsessed:

However, Toccara recently is linked with a guy named Bryant Mckinnie. They were encountered together at Cameo's on South Beach enjoying a party.

But there is no official evidence to prove them being an item.

Previously, she was having an affair with Michael Kyser. The reason behind their split is still a mystery. We are just waiting for Toccara to reveal about her boyfriend in the days to come. 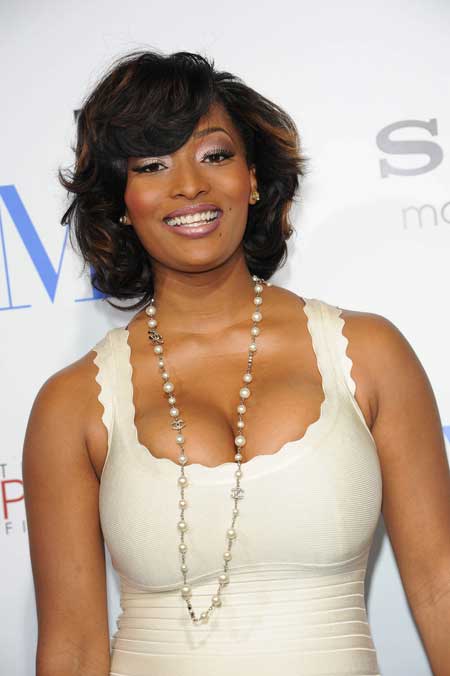 Well, we are heading forward to know more about the recent love life of the star. We wish her all the very best for a bright future ahead of both in personal as well as the professional field.