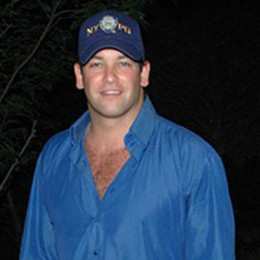 Todd Meister is a Hedge fund manager whose fame reached the prominence level after he got tangled up with the gorgeous model, fashion designer, and businesswoman Nickey Hilton.

Todd Meister was originally born as Todd Andrew Meister on December 4, 1970. After completing his graduation he enrolled at Harvard University for his Master level education.

Todd is a businessman working at the Hedge Fund as a manager. He is a Manhattan financier.

Meister was a married man. He tied the knot with Nicky Hilton on 15 August 2004 in Las Vegas. Nicky is a well-known model, fashion designer plus a businesswoman.

Their marriage was annulled the same year on 9 November. Nicky stated that the reason behind the divorce is their bicoastal relationship and the duo wedded on a whim.

After his divorce, Todd's former personal assistant Renata Shamrakova was rumored to be his girlfriend.

Shamrakova and Meinster had an argument when she discovered him exchanging e-mail with his ex-wife. It was the reason why she ended her relationship with Meinster in 2013.

However, Meister insisted that the two never dated.

The 42-year-old Todd is one of the richest businessmen of the New York City. He earns a lucrative amount from his career. Even though there is no concrete figure about his net worth, but looking at his lifestyle he seems to earn a decent salary.