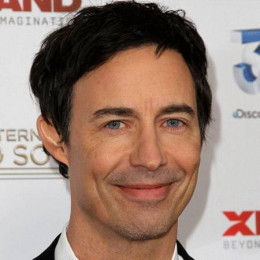 A Canadian actor who is better known for his role as a dual role as Dr. Harrison Wells and Eobard Thawne or Reverse-Flash on The Flash. His parents were Roman Catholic family and of Irish descent. He attended Séminaire de Sherbrooke, from where he learned French. When he was a teenager he was an avid fan of basketball.

Exploring his personal life he is already tied in a knot with the love of his life. Professionally his wife is a photo editor. Their marriage was performed according to Catholic ceremony on Nantucket. There has been no rumor or gossip regarding his affair with anyone which proves his love for his life and his loyalty. Together the couple is blessed with three children.

Tom Cavanagh was born on October 26, 1963, in Ottawa, Ontario, Canada to a Roman Catholic family of Irish descent. He moved to Winneba with his family when he was a child. Later, his family shifted to Lennoxville, Quebec where he started high school.

Cavanagh attended the Séminaire de Sherbrooke, where he studied in French and played basketball for the Barons. Later, he joined  Champlain College in Lennoxville at the CEGEP level.

He graduated from Queen's University, Kingston, Ontario in English, biology, and education. He became interested in theatre and music and played ice hockey and varsity basketball during his college days.

Tom Cavanagh started his acting career in 1989, he was cast in the Broadway revival of Shenandoah. He has done several stage shows including productions of A Chorus Line, Cabaret, Brighton Beach Memoirs, Urinetown, and Grease. He debuted in film in 1991 film White Light as Ella's Secretary.

Cavanagh made his TV debut in 1993 in Secret Service as Charlie. Some of his notable screen credit includes  Scrubs, Arc,  Love Monkey,  The Capture Of The Green River Killer, Snow, Eli Stone, Trust Me,  Bang Bang You're Dead, Breakfast with Scot and many more.

Since 2010, Tom Cavanagh co-host of the podcast Mike and Tom Eat Snacks along with Ed castmate Michael Ian Black.

Tom Cavanagh is one of the talented Hollywood actors who always succeeds to impress his audience through his versatile acting. He has an estimated net worth of $4 million. In 2010, he lends the voice in  Eric Brevig  3D live-action/computer-animated family comedy film, Yogi Bear. The movie collected over $201 million at the box-office against the budget of $80 million.

Tom Cavanagh is a married man, he tied the knot to Maureen Grise, an image editor for Sports Illustrated, on July 31, 2004, in a Catholic ceremony on Nantucket, Massachusetts. The duo is blessed with four children; two daughters and two sons. 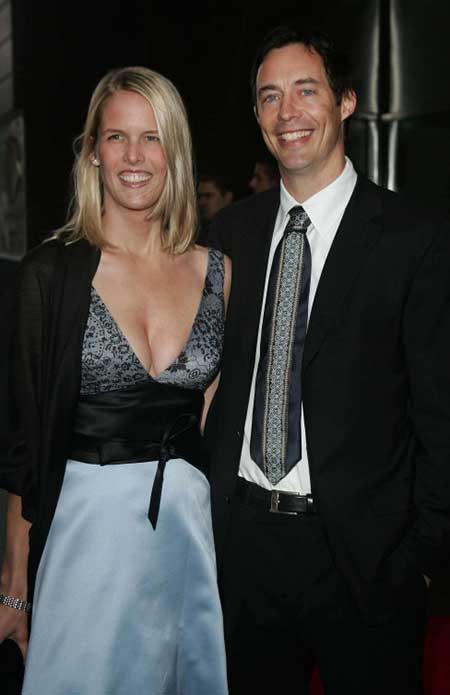 In 2008, Cavanagh founded the Cavanagh Classic, an annual celebrity basketball tournament in Rucker Park to raised money and awareness for UN Foundation, Nothing But Nets. He participated in the 2006 New York City Marathon.

They first met each other in 2002 on a New York City basketball court. After dating two years they changed their relationship into marriage. Together they are parents of three parents.

She is the elder daughter of the family. She is very cute and gorgeous.

He resemble more like his father. His picture along with family can be found in different sites.

He is the youngest son of the family. He is very cute and gorgeous.